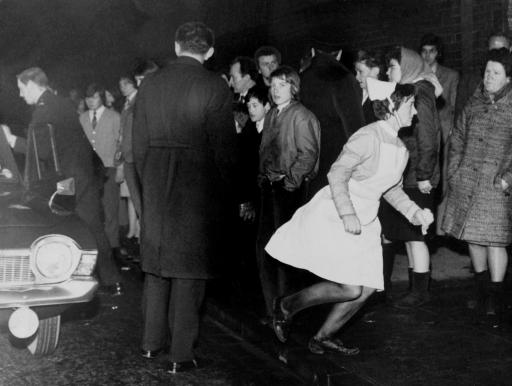 The 1971 Ibrox Disaster was and remains Scotlands worst football tragedy.

The emergency services, health workers, first aiders and ordinary people rose as one like Glasgow and Scotland always does in times of adversity.
It is long overdue this statue be erected in George Square to represent the health and emergency workers of Glasgow and beyond for all they do every day 24 hours a day.
The iconic image of the nurse running into Ibrox on 2/1/1971 would make for an ideal statue and also be a fitting memorial from Glasgow to so many of its sons who never came home on 2/1/71 as well as the other men & children from around the country and Margaret Ferguson from Falkirk.
We petition Glasgow City Council to build this statue before the 50th anniversary in 2021 on George Square