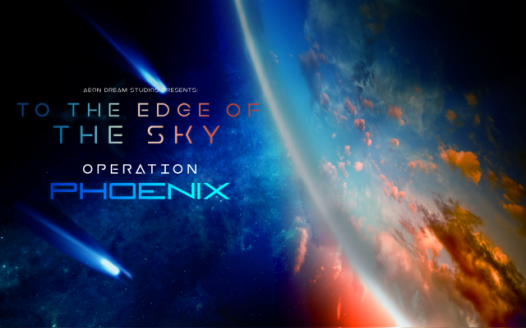 BTS Recognition for To the Edge of the Sky

This is a petition to show ARMYs support for To the Edge of the Sky and their desire to have it recognized by BTS.

NOTE: IT IS FREE TO SIGN THE PETITION. ANY DONATIONS MADE HERE DO NOT GO TO US. YOU CAN GO TO OUR FUNDRAZR IF YOU WANT TO DONATE.

In March 2017, we at Aeon Dream Studios debuted our demo for To the Edge of the Sky, a sci fi visual novel game inspired by the South Korean group known globally as BTS. In time, ARMYs all over the world sent us overflowing support, and the game - though only a demo - was translated into many languages and downloaded over 600,000 times with over 50,000 reviews as fans asked for it to continue.O

Our goal was to make ARMYs happy, and also to pay tribute to BTS' artistry. But in time, TTEOTS began to gain fans in its own right. These fans expressed to us their desire to have those who inspired the game acknowledge TTEOTS, as it has come to mean so much to many ARMY themselves. It is because many fans kept sending us kind messages and support, stating both their wish to have the game continue, and asking us what they could do to help make the unofficial game “official” that we have decided to create this petition.

Through this petition, we hope to gather the signatures of those that want to support To the Edge of the Sky and show BTS and BigHit the desire and will of fans to have the game recognized by them. We will do our best to deliver this petition to them.

Below are the personal thoughts of two out of the three Aeon Dream Studios’ creative staff on why they personally would hope the game will be recognized:

We at Aeon Dream Studios do not walk alone and this game would not continue on without the support of fans. It is for this reason that we have asked for fans of TTEOTS to explain why they personally wanted the game to be acknowledged. We have included ALL the fan replies here and will continue to update them. Here are a few fan comments we received that we felt best fit the sentiments of the fandom, along with the comments in this petition itself! They answer the question "Why do you want BTS to notice/acknowledge To the Edge of the Sky?"

We thank you for taking the time to read about our genuine feelings and that of our fans, and to thank everyone who signs and all of our fans for their help, love and support. We love you!