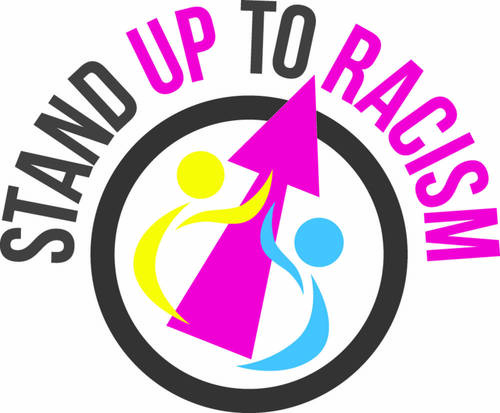 Brighton and Hove Stand Up To Racism Unity Statement

Brighton and Hove Stands Up To Racism!

Across the USA, Europe, the UK and Brighton & Hove, racism is growing.

Donald Trump's election campaign and the EU Referendum debate involved relentless racist rhetoric that denigrated refugees, migrants and Muslims. We have seen the appalling murder of MP Jo Cox – labelled a ‘traitor’ because of her support for refugees – and the recent vicious attack on Reker Ahmed, a 17-year-old refugee, and his friends.

Racism is on the increase around the UK. The city of Brighton and Hove is not immune.

We already know from our ‘unity stalls’ and organising meetings that people are being racially abused and assaulted. This is happening on our streets and in central Brighton. There is usually a group of perpetrators and they are most likely to be unknown to the person abused. The person abused is left feeling vulnerable, anxious and depressed.

With the announcement of a ‘snap’ general election on 8th June there is the serious prospect of a further rise in racism. Hate crimes soared by 41% following last year’s EU Referendum, and much of the toxic scapegoating that fuelled this rise now threatens to dominate the general election.

We stand against all attempts to use the general election to divide us on the grounds of ethnicity, race and religion.

We oppose Islamophobia, anti-Semitism and the scapegoating of refugees and migrants.

Migrants are not responsible for the NHS or housing crisis. They play an indispensable role in society and public services. Refugees have fled from war and terror and we welcome them. Diversity and multi-culturalism are our strength and we will not tolerate racism!

We have a long tradition of anti-racist and anti-fascist organisation and activity in Brighton & Hove. We recently set up a local branch of Stand Up To Racism (SUTR) – a national campaign launched in October 2016 that is supported by many leading political figures, trade unions, student unions and community groups – see http://www.standuptoracism.org.uk/about/

Our aim is to support refugees, migrants and ethnic minority groups and to give confidence to anti-racists. By taking the anti-racist message into workplaces, schools and colleges, and on to the streets, we counter racism and isolate those who would use it to divide us. We hope to create the broadest campaign possible so that we can make a difference.

We encourage all anti-racists to join us, work with us and sign this Unity Statement.

Organisations that have signed the statement: -