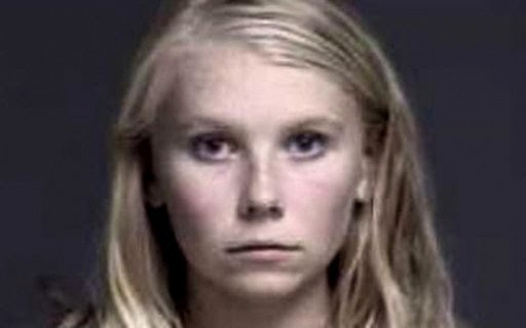 Brooke Skylar Richardson Should Be Found Guilty On all charges!

A former Ohio high school cheerleader, who was acquitted Thursday of killing her unwanted newborn, was found not guilty of aggravated murder, involuntary murder and child endangerment in the May 2017 death of her newborn daughter.


Prosecutors had alleged that Richardson, was informed by her doctor in April 2017 that she was pregnant and would be giving birth in a “matter of weeks.” The then-18-year-old became extremely upset and told her doctor that she could not have the child and asked that she not tell anyone.


Days later, on May 7, she gave birth in the middle of the night. Prosecutors say she killed the baby and buried her in the backyard by a barbeque pit, disposing of all evidence, in order to maintain her "perfect life." The remains were found that Julyin Carlisle, a village about 40 miles north of Cincinnati.


Richardson's defense teamsaid the baby she named “Annabelle” was stillbornand that the teen was sad and scared.


“I would do anything and above that you ask, and I understand and I just wanted to say how sorry I was," Richardson told the court. "I can sometimes be selfish but I would like to think that I’ve become better in the knowledge that I’ve upset everyone and hurt so many people with what I’ve done and I'm forever sorry and I'm so sorry. I’m really, really sorry and I understand.”


On Friday, a Warren County Judge ordered her to three years probation for the lesser charge of corpse abuse.
Judge Donald Oda II called her sentencinga “mandatory community control case” which requires at least placing the young woman on probation.