This video really says it all...no traffic or wildfire evac study predicted this.
http://www.youtube.com/watch?v=ZBA7eHY022k
To be added to our email list, email us at info@savecheyenne.org
http://www.savecheyenne.org/ 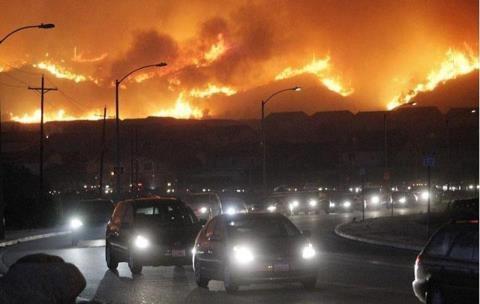 The Broadmoor Hotel is a very important neighbor to those of us who live in and around it. It is also an important economic contributor to our community. Most of the residents here hold the hotel in very high esteem and want to continue a positive, symbiotic relationship. They have wonderful plans for improving the hotel further which sound lovely. However, one of the pieces of their new improvements program is to close West Cheyenne Mtn. Blvd from Penrose to Mirada between the golf courses. In addition to the obvious fire and emergency safety issues, the recent expansion to the hotel has increased existing traffic such that one can no longer easily get onto the Mesa/Cresta/Lake circle by the Pauline Catholic Church. Closing this road will only further exacerbate everyday traffic congestion creating a bottleneck at the Mesa/Cresta/Lake circle. Additionally, many residents use the road as part of their daily routine not to mention the zoo traffic which will have to be diverted. Though offers to cross the golf course, in cases of emergency, have been suggested, we will still face a considerable increase in normal traffic congestion due to the road closure.  Further, will residents, in a panic, be expected to jump a sand trap or zoom around water holes as they try to flee a fast moving fire?  Once they own that access, we have lost control, and it is not inconceivable that the plans on the placement of the golf holes could move as they begin their improvements to the course.  They will be free to configure the golf course however they wish.
While it is true one can employ data to paint almost any desired reality, that one would attempt to argue, in the wake of Waldo Canyon Fire, that fewer public access roads is better is stunning.  When you step back from the expert/official endorsements, persuasive presentations, promises of road improvements, and tax revenue increases, it Is is very simple math.  1,000 cars can more expeditiously and safely travel on a regular basis as well as vacate an area on two roads versus one.
The Broadmoor is a beautiful, historic landmark.  We wish them much economic success, but not at the expense of the safety and sanity of the men, women and children who live near the hotel.  Please be heard and kindly let the city and the hotel know that the well being of residents of our neighborhood is not for sale, at any price.
Traffic Gridlock during Waldo Canyon Fire Evacuation.  Multi-lane roads with traffic using both sides of road to evacuate. 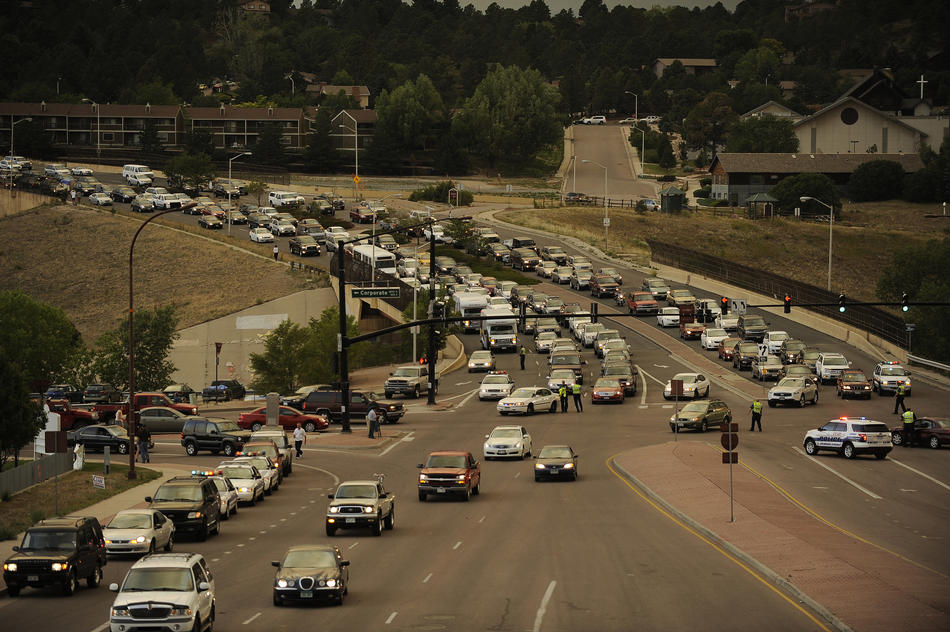