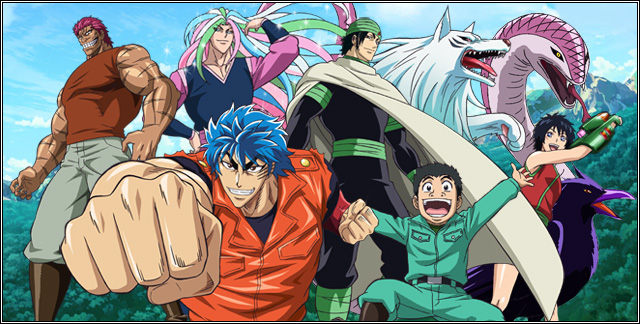 We the loyal fans of Toonami would love to see the anime Toriko play on Toonami on Saturdays. Ultimately, the time slot is up to the programmers - however, we recommend putting it between Dragonball Z Kai and One Piece as Toriko shares attributes with both shows and would make a good leeway between the two.

As it stands, FUNimation currently has 50 episodes of the the current 147 episodes of the series dubbed. That's just two weeks shy of a full year's worth of show with plenty of backlog to be dubbed and aired.

"Cloudy with a Chance of Meatballs meets Dragonball Z" - the show is awesome and ridiculous and ridiculously awesome. It's sure to bring eyeballs to the screen every week.

Toriko would be an excellent addition to the Toonami family.