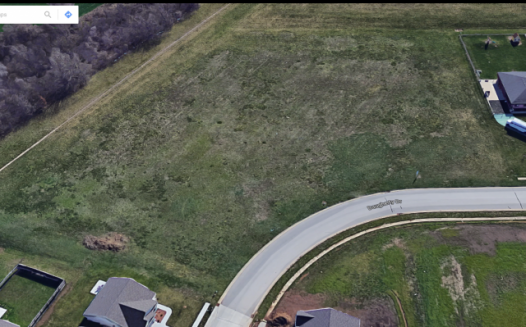 8/30/17:This morning, I received a text saying RealAmerica withdrew the request to rezone. I am still requesting signatures for the record, please continue to sign, voice your opinion, and share! Thank you for everyone that signs!

Low income apartments have been proposed for our neighborhood. The property will be called Concord Pointe Apartments. RealAmerica has received a lot of negative feedback on the entire idea, however, insist that they still have the city's Backing. They will be having an open house August 28th at 6pm, at the community church, however, my husband and I have only received this letter today (The day of the meeting). I will be attending this meeting to pass along this information to those of the neighborhood who cannot attend.

We have houses constantly being built in the area as well as people that have been in the neighborhood since their house was built. This project will lower property values and make it hard for us to resell. It is typical, and expected that low income housing will raise crime rates and inflate school overcrowding. With our kids constantly playing outside, it will be hard to allow them to do the same thing that we, as the parents and grandparents, and they have been use to. As it stands, the kids in our area have to do to Dayton for elementary because of how many children already live in the area, and low income housing will only make the school zoning even more difficult. I will be gathering information to show these statistics from other places where low income housing was implemented. Please be at this meeting to let the council know that they do not want a mass exodus from this area as a result of this project. Call or message your council person and get the word out to as many people as you can. Your voice counts.

After attending the open house on 8/28/17; the general run down is as followed.

They insist they will run criminal checks on anyone moving in. They did not explain what this entails

The president and owner Ronda Weybright envisions “great things” for all tenants by allowing people who’ve just left rehab so long as they have had a job for at least 3 months. There is no guarantee they will not slide back to old ways as they do not drug test at the apartments themselves.

She also has let homeless in her apartments before.

They will rezone the area before buying the land. This could mean that after the land is rezoned on their nonbinding blueprint, someone else could buy the land.

What concerned a lot of people there is that when this area was built, the entire area in question was made for general business and what it is currently zoned for. Rezoning it is more than just “do we want a low incoming apartment there?” It’s that that area was never intended to have high traffic that having apartments in general would create.

When building an apartment, you have to think about public transportation. The closes bus route would be Walmart. That would mean many people would be walking through other’s yards to get there.

My 5 year old son has to be bused all the way to Dayton to go to school; how will another 50 kids at least change that aside from changing the student to teacher ratio so the kids already here have even less time with their teachers.

While they insist managers will keep an eye on anything abnormal, there is no way for any person to ensure the person who passed the criminal check is the person moving in.

The empty lot is only half of the apartment, the other half is behind the preschool into the parking lot next to Legacy pub.

They did not guarantee they will not flip the property.

The next meeting is the one that counts. This will be on 9/5/17, the first Tuesday of September. There is neighborhood meeting on Thursday.

Update: 8/30/17:This morning, I received a text saying RealAmerica withdrew the request to rezone. I am still requesting signatures for the record, please continue to sign, voice your opinion, and share!