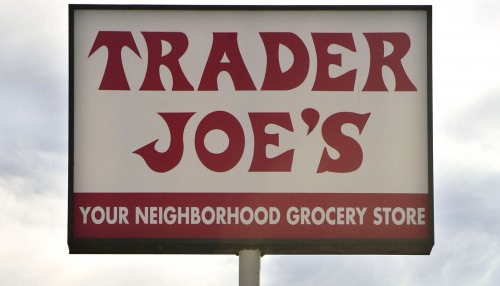 Trader Joe's is a privately held chain of over 474 specialty food stores, providing a welcome alternative source of well-priced, well-selected fresh, packaged, and frozen products. In California, the stores are plentiful, convenient, and easy to find, but in the Northeast, not so much! Currently, there are only a handful of stores in the New York Metro and Boston regions (eight each), but none in the well-travelled Hudson Valley between New York City and Albany.

The super region that comprises the lower- and mid-Hudson Valley, and southern Capital Region is home to an impressive mix of year 'round, weekender, and vacation home owners and renters. The seven counties north of Rockland and Westchester (part of the NYC Metro Region) had a combined population of over 1.15 million as of 2010. Add Albany County, and the total population for that date jumps to 1.46 million. Add in the summer and winter vacationers and weekenders, and the figure likely tops 2,200,000.

If just a fraction of this population base shopped at one or two Trader Joe's strategically located between New Windsor (northern Orange County) and Chatham (Columbia County), it would represent a considerable expansion of loyal customers for the Trader Joe's brand - now well known throughout North America.

Hudson Valley residents are “foodies" by nature - we appreciate fresh foods and intriguing selections, and eschew the fast food culture. HV'ers eat out often, usually at restaurants and cafes owned and operated by CIA (Culinary Institute of America) graduates. When it comes to cooking at home, quality ingredients and efficient preparation provide a compelling combination. This is an area where Trader Joe's excels in a big way, and could respond with the offerings that make it famous. The TJ products would fly off the shelves in the Hudson Valley, a win-win scenario that Corporate should recognize and quickly act on while the commercial real estate market is soft and demand is pent up.

The potential candidate locations that appear to make the most sense for TJ store(s) are central within a 30 X 60 mile zone stretching from Newburgh past Athens along NYS Route 87, and west-to-east from Ellenville, Ulster County to Red Hook, Dutchess County. This 1,800 square mile zone translates to drives of no more than 30 miles to a single store (60 round trip), or 20 miles (40 round trip) for two store locations. As is the case with most lower-density, exurban locales, consumers will typically combine multiple errands to make longer trips efficient. This translates to quantity purchases at destinations such as Trader Joe's. The “sweet spot" on the west side of the Hudson River extends from New Paltz to Saugerties, both easily accessed from Route 87. Kingston and Ulster are just off Exit 19 in between the two, in the middle of the greater zone. On the east side of the river, Poughkeepsie to Red Hook represents the 9W central spine locations - benefiting also from the Metro North and Amtrak commuter railroads.

In summary, the Hudson Valley represents a phenomenal opportunity for Trader Joe's, an opening that is well past its prime. One, two, or even three stores would thrive in this super region, provide refreshing diversity to an area that is replete with big boxes and name brand supermarkets, and fill a niche that our wonderful, seasonal open air farmers' markets don't quite meet. In addition to all the great, mutually beneficial reasons described here, there are fantastic commercial real estate opportunities and beautiful architecture to take advantage of. The time, place, and economic climate is right, Trader Joe's - come to the Hudson Valley!