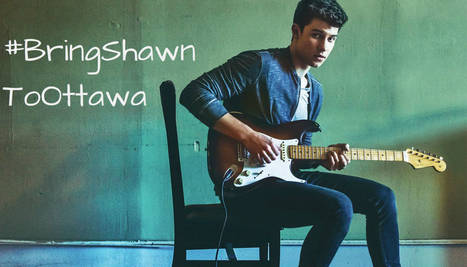 Shawn Mendes is a young, talented and upcoming Canadian singer, With an EP and full length album under his belt, this recently turned 18 year old has accomplished lots. He opened on select dates for Taylor Swift's 1989 tour and is currently on his own world tour. Shawn's new album Illuminate, is out September 23, and the singles that have been released so far are nothing short of amazing. If and when he sets out on an Illuminate tour, we want to see him here, in his nations capital, Ottawa. Please take a second to add your name to this petition and hopefully Shawn will be here soon. (Made by @mendeselbow on twitter, follow on instagram @bringshawntoottawa)