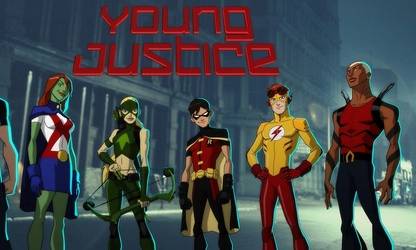 Young Justice is an American animated television series created by Brandon Vietti and Greg Weisman for Cartoon Network. Despite its title, it is not a direct adaptation of Peter David, Todd Dezago and Todd Nauck's Young Justice comic series, but rather an adaptation of the entire DC Universe with a focus on young superheroes.

Young Justice only had two seasons on Cartoon Network, before getting cancelled in 2013. The series followed the lives of teenage sidekicks longing to become heroes: they formed an organization called "The Team."

After Suicide Squad came out, some fans did a 'comic' petition to get Rotten tomatoes to close, the petition got over 18k signatures, that showed me how much if we unite we could show to Dc, and cartoon networks how much we care about that show and how much we want it back.