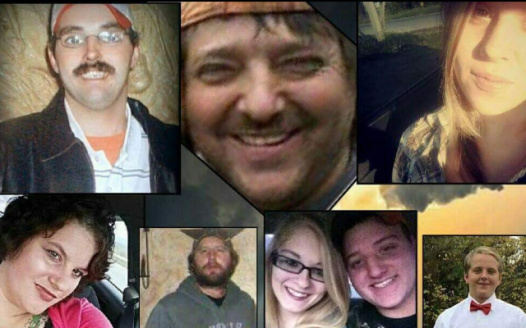 Bring the FBI into the Rhoden family murder case

This Petition is addressed to the Pike County, Ohio Sherriffs Department, Attorney General Mike Dewine, and the Federal Bureau of Investigation.

We the public feel it is time to bring in the FBI to investigate the murders of Christopher Rhoden Sr. His ex wife Dana Rhoden and their 3 children Hanna Rhoden,Chris Rhoden Jr., Clarance "Frankie " Rhoden and his fiance Hannah Hazel Gilley, and also Chris Seniors brother Kenneth Rhoden and their cousin Gary Rhoden.

These 8 victims were shot execution style in 4 different homes as they slept in April 22nd, 2016. Some were asleep in bed with small children who were physically unharmed.

This case is going no where. We refuse to let this case go cold. We are talking about the lives of 8 people. This will not be another Pike County murder that goes unsolved. It's time for some answers! Please sign, and let's get some answers for their families.