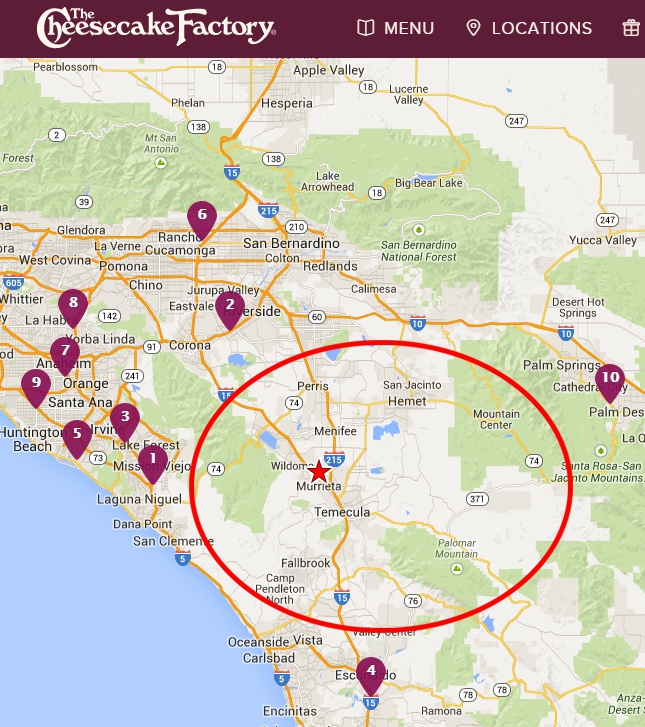 Bring "The Cheesecake Factory" to Murrieta

Facts: The area lacking The Cheesecake Factory is featured in the image. What city is just about mid-point between all those other location? MURRIETA