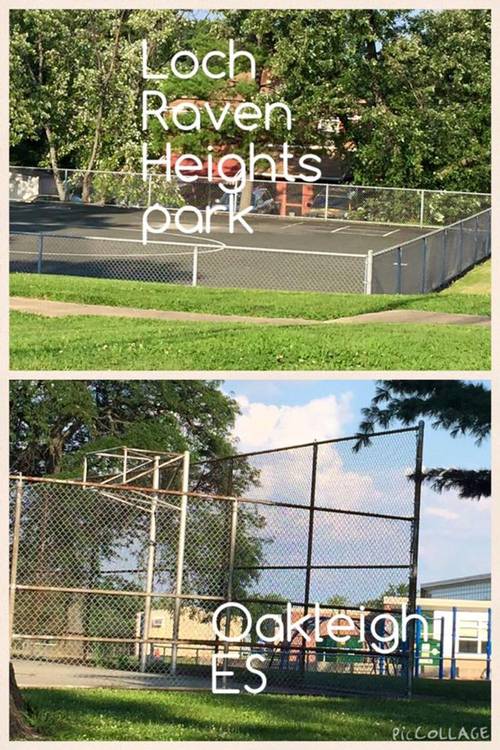 About 13 years ago the county removed all the basketball hoops in a 1.5 mile radius from my home, leaving behind empty blacktop courts at:

And just a few weeks ago, the hoops at Loch Raven High were also removed.

Three weeks ago hoops were put up at White Oak School. Everyday since there were boys there playing and tonight when I went to drop my son off to play, they had been once again been removed.

I have sent emails to the Rec & Parks Dept over the years, and it wasn't until 7/2013 that I received a phone call from an administrator with Rec & Parks, promising that hoops would be installed at Loch Raven Rec, but that was 2 years ago and still none.

I understand that many don't like the thought of groups of teens or young men playing in their neighborhoods, but the fact is basketball or recreational sports does not breed crime, boredom and excess energy does.

Complaints of late night noise can be fixed by adding locked gates at night and if the trash is a problem, keep the gates locked until it isn't.

Our youth need a place to exercise, release energy and learn to work together without having to pay a membership fee.

This small investment will reap big rewards for our youth, who are our community.