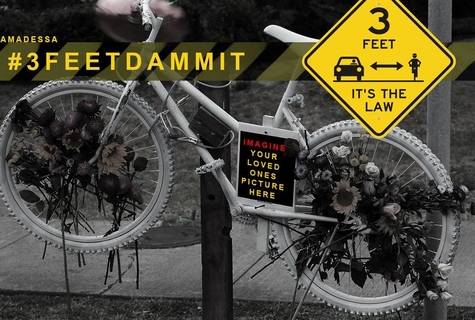 We the undersigned citizens of the City of Sugar Land, City of Houston nd surrounding cities and counties petition city, county and state officials for quick and decisive action on the matter of cyclist safety. Each year 100s of cyclists are killed 1000s more injured in preventable auto-cycling accidents. These accidents are often the result of motorists not providing cyclists safe right of way on our roadways. We specifically ask for the following:

1. The erection of signage by the (city/county/state) indicated motorists must yield safe right of way when passing cyclists. This signage is to be erected on roads frequented by cyclists. These roads should be identified in conjunction with local cycling clubs and cycling shops

2. A training program for law enforcement officers focused on the rights of cyclists and the obligations of motorists when passing cyclists.

3. The establishment of a patrol program placing trained officers on those same roadways identified in point one above during times of high cyclist use, generally early Saturday and Sunday mornings.