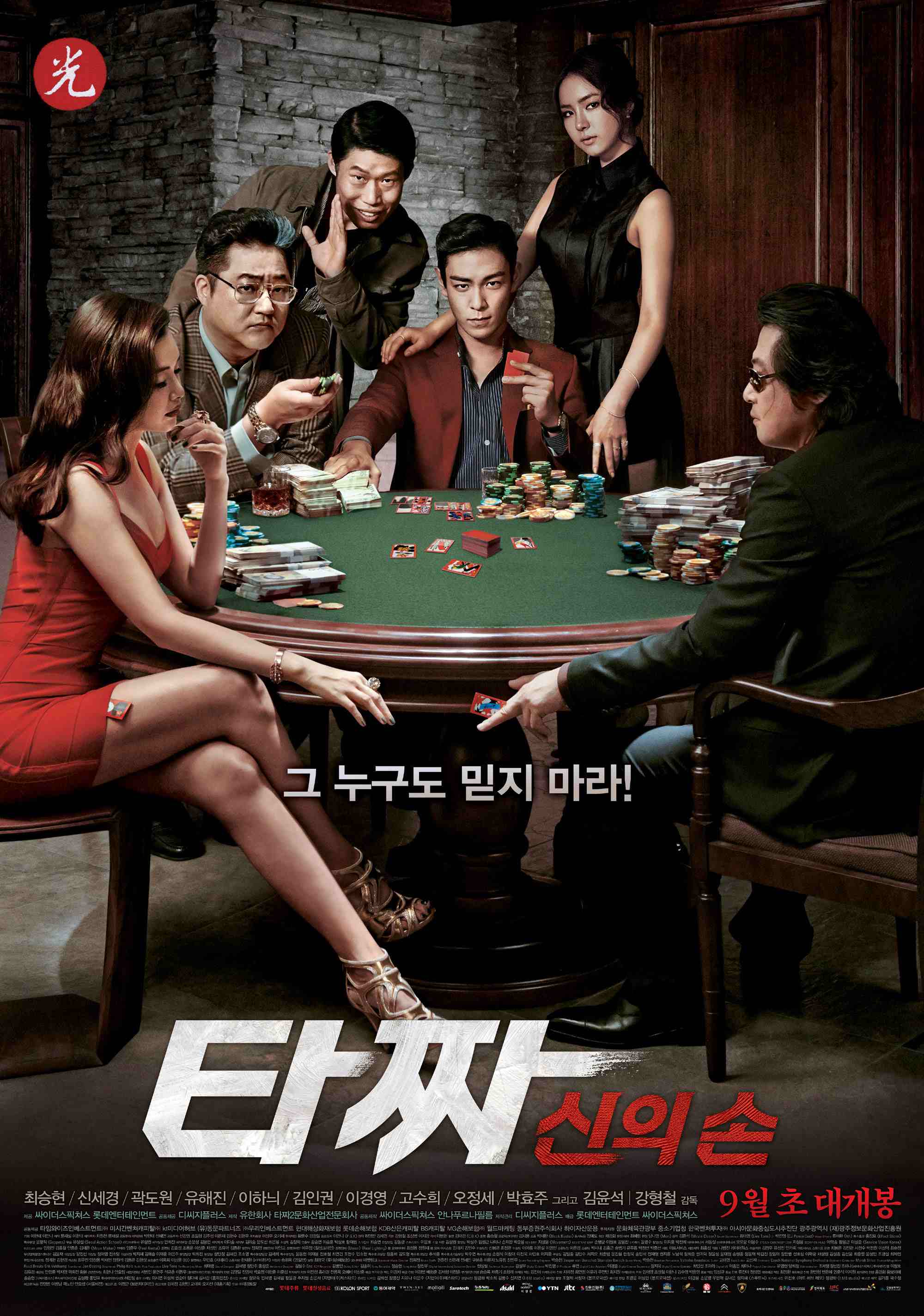 913 people have signed this petition. Add your name now!

Help us bring 'TAZZA 2' in the PHILIPPINES!

Directed by: Kang Hyeong-cheol
Based on Tajja by Huh Young-man and Kim Se-yeong
Starring:
Choi Seung-hyun
Shin Se-kyung
Kim Yoon-seok
Yoo Hae-jin
Production Company:
Sidus Pictures
Lotte Entertainment
Annapurna Films
Distributed by:
Lotte Entertainment
Country: South Korea
Language: Korean
Synopsis: Dae-gil, a young man with a natural-born talent in gambling, makes a dazzling debut as a gambler, which leads to a reunion with his first love, Mi-na. However, in the world of card sharks and con artists, a web of conspiracy and betrayal makes Dae-gil the scapegoat of a deal gone wrong and he is forced to go on the run. He plans his revenge and prepares for one big, fateful game, as Mi-na helps him every step of the way.
T.O.P "TAZZA 2" MOVIE SCREENING IN MANILA PETITION
Many of us have been looking forward to T.O.P's latest movie, "TAZZA 2" which opened in Korean theatres on September 3rd, 2014! News of TAZZA 2's rights being sold to distribution companies in United States, Canada, Japan and other territories have been reported in the news -- and we know that many Filipino VIPs would also like to have a chance to watch it in the theatres.