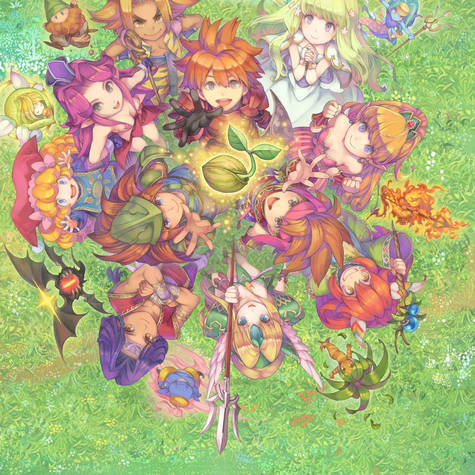 Seiken Densetsu Collection was announced for the Nintendo Switch earlier this month, with a Japanese release date of June 1. As of this moment, no plans have been revealed by Square Enix to localize the title for other territories.

There are several things that make this Collection perfect for the switch. First, the console's emphasis on enabling mobile, local multiplayer ties in perfectly with both Secret of Mana and Seiken Densetsu 3's 3 player co op. The button layouts of the Joycons are also conducive to the style of these games, as it closely mirrors that of the SNES.

Secondly, this would be the first time that an official localization of Seiken Densetsu 3 was released in the United States. Up until this point, the only ways to enjoy the game are via a decent (but flawed) fan translation, or to spend time and money to learn Japanese as a secondary language. By releasing the collection Stateside, we would be able to experience the game's storyline as the developers intended, as well as provide financial support and/or compensation for their work on the title.

Lastly, by releasing these classic Mana series titles, it might make way for further iterations in the series to continue being released outside of Japan.

TL;DR, The games collected in this title are perfect fits for the switch, and their stories, gameplay and excellent soundtracks deserve to be experienced both by long time fans and new audiences alike.

Let's put some support behind this localization, and let Nintendo of America know that there's an interest in this title outside of Japan!