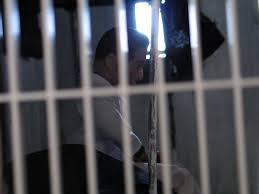 BRING SACHA BOND TO CANADA , IT'S BEEN 10 YEARS

My brother , Sacha Bond D.O.B 08-30-1984 has been TOLD by the Canadian Government that he is No Longer Eligible to be transferred back to Canada with an International Transfer of Offenders Request , this was his 4th request to be Transferred back to his own country (Canada, Ottawa, Ontario) in 10 years while incarcerated in Florida (Jan.30, 2004). Sacha has now been abandoned by his own Country and doomed to another 10 years in one of Florida's worst prisons, DADE Correctional Institution . Canada does not care that my brother will be spending another 10 years away from his family and will have spent More Than Half his Life Behind Bars Without Any Rehabilitation.

Sacha was diagnosed with Bipolar Disorder at the age of 18 and has not received any help whatsoever wether it be Medical or Mental for his condition. At the time of his arrest he was off of his medication . When the Jury deliberated during Sacha's trial, they came back 3 time asking to please give them an explanation of the meaning of Bipolar Disorder. The Jury convicted Sacha without understanding his mental condition AND SENTENCED HIM TO 20 YEARS IN A FLORIDA PRISON.

watch a short film done by Eric Bond about his brother Sacha
https://www.youtube.com/watch?v=tEiEcB8fUTc