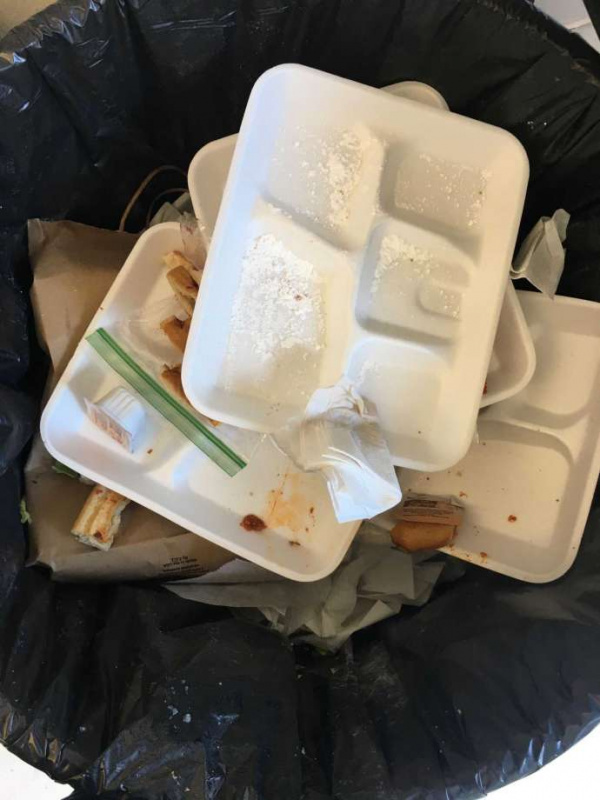 Did you know that polystyrene (Styrofoam) is non-biodegradable and harms our environment? It takes over 500 years before polystyrene starts to break down. Animals die everyday from ingesting Styrofoam, because it floats all over the world and it creates a huge choking hazard for all species, not to mention it being poisonous.

We could recycle our trays, which could potentially cost more than the trays themselves. That being said, the most budget friendly way to go about this issue is to invest in hard washable trays, which can be used everyday, and would not have to be thrown away. In the long run, plastic washable trays are cost friendly, easy to maintain, and healthier for not only LCHS students, but the environment we live in. Styrofoam trays, based on our school size, could cost upwards of $600, and that's when it's bought it bulk. Where else could that money go?

Styrene is linked cancer, loss of vision, loss of hearing, impaired memory, impaired concentration, and nervous system effects. StyroFoam is made from nonrenewable fossil fuels and synthetic chemicals, styrene and benzene, which can also contribute to pollution. Styrene and Benzene, are toxic chemicals that are known to break down when heat is applied, causing the plates toxic chemicals to absorb into students food, and then later into the bloodstream when the food is consumed.

If that didn't convince you, styrofoam causes cancer in animals. Would you feed your dog or cat something if you knew it would cause him to die? Obviously by eating off of styrofoam trays we aren't hand it feeding animals, but when we throw them away, and they go to the landfill, that's exactly where they go. Hungry animals mistake styrofoam for food, which causes them to have a sad sickly life, if it doesn't suffocate them first. Go to youtube, and search "Animal choking on plastic/styrofoam/litter". There will be thousands of videos.

Our school, Lenoir City High School, uses Styrofoam trays every day for lunch, with no other option. If we could bring back reusable trays we could save our future environment, and possibly lives of both humans and animals.