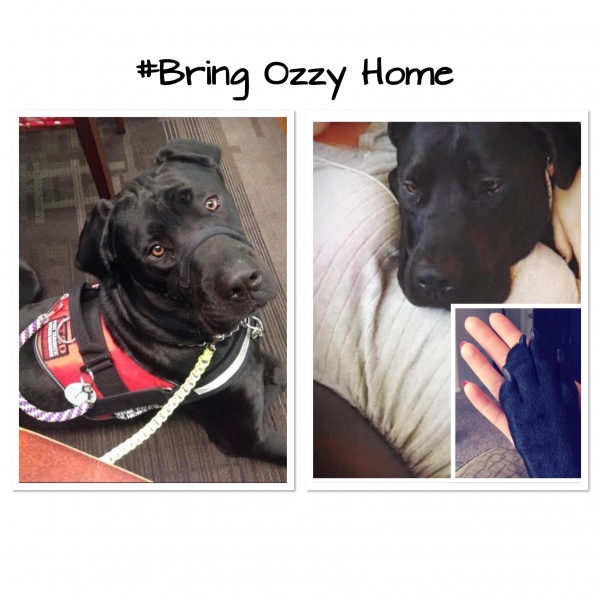 Ozzy, Hannah Boutte’s service dog was stolen from her two years ago by her ex brother in law. He told her ozzy had died from a dog attack but that was far from the truth. Two years later she found out she was lied to and ozzy was indeed alive. She tracked him down to the first person he was sold to and got the police involved. Through months of working with the police she was able to find out who has ozzy now. Hannah has all ozzy’s paperwork. The man who stole ozzy has confessed, has a court date set, and is being charged for the theft of ozzy. Ozzy’s chip has been scanned in front of Lafayette pd, the scan came back that ozzy does have a chip and it is registered to Hannah. But even with all that proof the girls who have ozzy now are not being charged for possession of stolen property and the police are letting them keep ozzy. This is not right they are breaking the law and getting away with it with no repercussions.

We want what is best for Ozzy and that is bringing him home to Hannah, where he should be. We appreciate all your help in doing that, Thank you