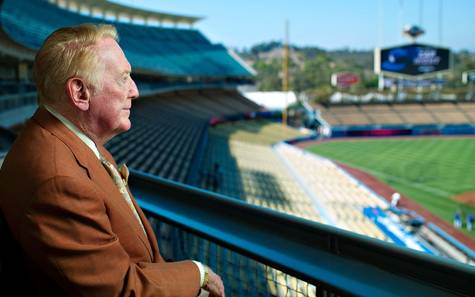 Bring our Dodgers back to TV!!!

It's bad enough that 3/4 of Dodger nation has been blacked out of watching their beloved Dodgers on TV for 2 years now, but the prospect of missing the legendary Vin Scully's final year is too much to bear. The Dodgers got their 8 billion dollars from TWC and made a great deal for themselves, but how about their fans??? Do they not care that we can't watch and many are turning to the Angels simply because they are available on television?

This petition is to force the Dodgers organization to make the Dodgers available on TV! Either to force TWC to make a deal, or make some temporary allowance to MLB.TVs blackout restriction (which the team sets), or whatever needs to be done to end this inexcusable blackout.

BEFORE signing the TWC deal, the Dodgers SHOULD have guaranteed that the fans were not going to miss out on even a game, but 3 years of games is disgusting, and there doesn't seem to be any sense of urgency to rectify their mistake. Spring training is less than a month away and something MUST be done NOW!

Please sign this petition and let our voices be heard!