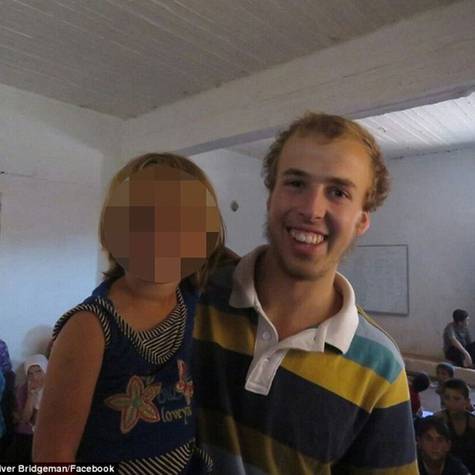 Oliver Bridgeman is a young lad from Toowoomba who went to Syria for Humanitarian work 11 months ago. He was labelled a terrorist with no apparent evidence by some news papers. In numerous interviews and through his Facebook posts he has maintained that he has never picked up a gun or taken part in hostilities. His humanitarian work is out there on social media and mainstream media for everyone to see. He wants to come back to Australia to his loving parents, siblings and friends.

Australian Government has not only cancelled his passport but served his family with an arrest warrant for Oli. The letter received by the family with the assessment cancelling his passport cites sources like social media posts, news paper articles and an "assessment" from Queensland police.

This is not about an individual because people like Ashley Dyball, Jamie Reece Williams and Matthew Gardner were not only allowed back in but had charges dropped against them. Despite the fact that these individuals joined banned Kurdish militia and got involved in hostilities and quite possibly killed people arbitrarily. This is a case of miscarriage of justice and unequal application of law.

Our justice system is blind to peoples religion, ethnicity, gender, political views or race. People who have clearly broken the law were allowed to come back while someone who has not broken any law and is not involved in any illegal activity is barred from entering his own country. Such injustice has an effect on all of us. Martin Luther King Jr's words on this topic are a warning to us all to wake up to the injustice done to any human being.

"Injustice anywhere is a threat to justice everywhere"

Here is some of the work Oli is doing back in Syria.

Please support us to #getoliback