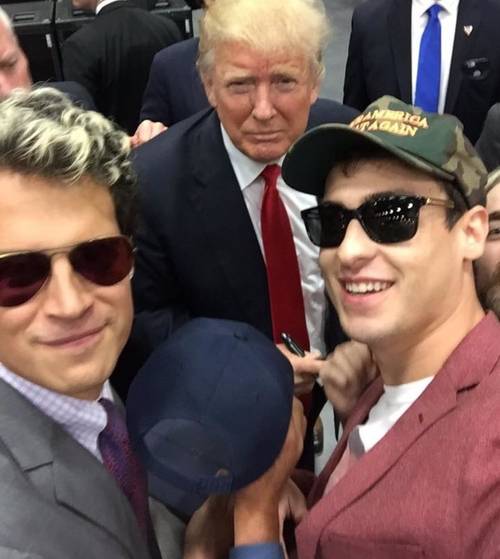 We can make this happen.

By signing this petition, we the American people are bringing to your attention someone who can help you secure your presidency. As you are aware, the political press has mistreated and maligned you. But there is someone who can masterfully deal with the press for you.

We believe that there is no better man for the job than Breitbart Journalist, Milo Yiannopoulos. You two met at your San Diego rally. Just ask your Campaign CEO, Steven Bannon about Milo. Steve will praise him. Currently on tour at colleges nationwide, Milo Yiannopoulos has:

Milo Yiannopoulos is brilliant. We ask that you consider installing him as your choice for Press Secretary of the United States. He would prove a dominant media force and defend freedom so much better than Laura Ingraham or other candidates for the job. As always, we stand by you, Mr. Trump!