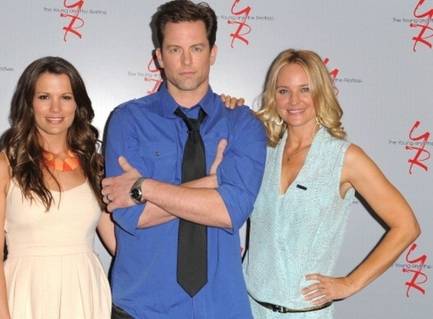 Kyleigh A 0 Comments
37 people have signed. Add your voice!
4%

We the undersigned firmly believe that the pivotal character of Victor "Adam" Newman should return to the canvas in Genoa City and should be played by the man who made Adam what he is..........the one and only, Michael Muhney.

The #MuhneyArmy have taken to social media and even to the skies (you remember that banner over CBS Studios, right?) showing that we fully stand behind our man and would welcome him back home with open arms. Even years after his departure, our attitude has never wavered. Justin Hartley did a great job in his portrayal, but the TRUE essence of Adam was carried out flawlessly by Michael Muhney.

No one deserves to play Adam more than Michael.....he IS Adam Newman. His talents cannot be denied, so why deny the fans of Y&R of what they really want....... stop talking about him on the show and let him come home to Genoa City where he belongs.

With the JFP era behind us, let Mal Young step up and give us fans what we all want..........Michael Muhney back at home in Genoa City!