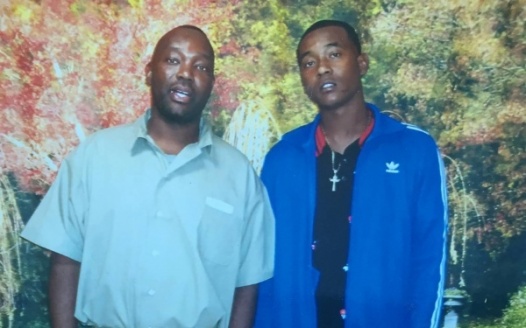 374 people have signed this petition. Add your name now!

Hello everyone! This is a petition asking for the release of Michael Files. He has served 24 consecutive years already! He’s missed a lot! He has two children, Jodecie 28 & JaCorey 25. He’s missed majority of their lives and talking to them over the phone is just not enough anymore. He now has 2 grandchildren, Kaysen 1 year old & Kyrie 10 months. Michael has never been a danger to the community. He's a loving father, son, brother, and friend to many. If released, he'd come home to live with his mother, Bonita Files. He's served more than enough time for his past mistakes and lost so much valuable time with his family. If given this opportunity, we know Michael will not take it for granted. He will get a second chance at life and reconnect with his family and friends again. By signing this petition, you are in agreement Michael being released and coming home to his family.

Michael Files's family has started a NEW clemency campaign to President Biden, asking him to reduce his sentence. President Biden promised prison reform To correct the disparity of crack versus cocaine powder. Which he is to make it 1:1 ratio & no longer 18:1 ratio. In 1994 he participated in a crime bill that enhanced crack sentences to astronomical proportions. During the election he promised he would correct this error. If Mr. Files was sentenced today, he would receive a shorter sentence, and would already be home with his family. For he has served over 24 years in prison for a non-violent drug crime. All of his co-defendants have already been released. By signing this petition we can hold the president and the administration accountable of this unjust act that should've never happen, and avoid it to happen to future generations. This atrocious injustice has affected all of the black and brown communities.