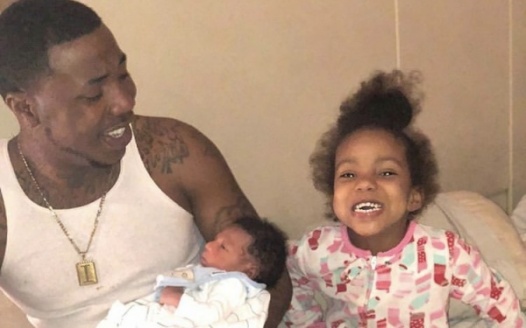 Who is Ishmael Salaam to you? Many may have their own opinions and perceptions of who he really is. To me this man is a survivor, brother, father, and role model! How could one person endure so many battles and still stand tall ready to fight whatever comes their way? At 12-13 I struggled being home with my mom due to financial disadvantages leaving me and my sister with nowhere to go or no one to turn to. Ishmael stepped in with the little he had to offer us and made the best of it. He made sure he picked us up whenever he felt we tried to slack off by uplifting us with his goofy ways, picking us up and dropping us off at school, and even feeding us when he could barely feed himself. Fast forward years later to him becoming a man and having a beautiful daughter named Ishanti. For a couple of years of her life he was away, but the way he stepped up as a father was not shocking to me I knew his capabilities and god knew them as well. Second time around god blesses him again with another beautiful baby girl Isharri and as he tries his hardest to do right the enemy just couldn't help trying to assassinate his character. Ishmael Salaam was then arrested and convicted life without the possibility of parole plus 100 years for a incident he did not oversee nor was he there. Gwinnett county sentenced him without the proper evidence to prosecute him for this incident! How can our black men rise when society continues to paint our men out as monsters ? How can they sentence pedophiles, molesters, rapists, and kidnappers less time with the eligibility of parole? The system is designed to break up our homes leaving single mothers alone to raise kids on their own. It makes it harder for the people who want to do right and have a second chance at life to even find jobs. Months down the line August 20th, 2020 Ishmael lost the mother of his kids to a battle most people fight on the daily known as "Depression". Mashelle committed suicide leaving their kids without the comfort of a Mothers touch or a Father's touch. They need their father more than we can imagine regardless of who is actually there with them right now no one can fill that void or their hurt like he can. SO AGAIN who is Ishmael salaam to me ? ISHMAEL is a King, a survivor, a father, a brother, a grandson, a hero to some, a shadow, a soldier, a giver, a fighter, and a courageous BLACK MAN . PLEASE help me to help him get home to his kids !! If we stand for nothing we are able to fall for anything .

PHILIPPIANS 4:13 " I can do all things through CHRIST who strengthens me"