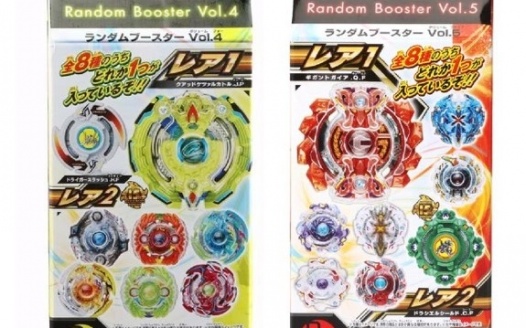 Ever since Beyblade Burst was released in Malaysia on April of 2017, fans from the Plastic Gen (2001) of Beyblade have been anticipating for some of their favourite beys from the older gen, notably Draciel & Driger that are available in Random Booster Box Volume 4 & 5 (RBV for short). We, as fans are disappointed and upset that our favourite beys have not been available

Litt Tak Sdn Bhd (Official Distributor of Takara Tomy beyblades in Malaysia) has been reluctant to import such products from Japan due to concerns of thievery happening that might cause loss of revenue to their company.

As beyblade enthusiasts and fans, we demand that Litt Tak Sdn Bhd bring in the RBVs containing the original beyblades from the Plastic generation of Beyblades, notably B-61 and B-67 & possibly all the other upcoming Random Boosters that will be available