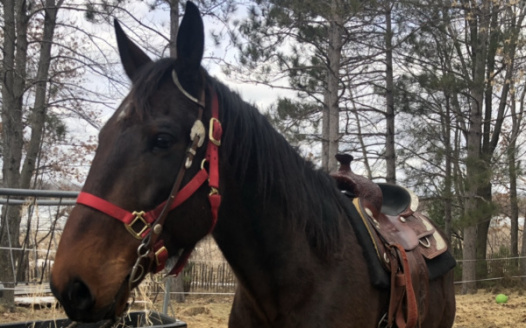 To the City of East Bethel,
It has come to our attention that our neighbor, Shelly Beck, was forced to remove one of her horses from her property due to an existing law saying she needs more grazing acreage in order to have both horses.
While we understand the reason for the law and consider it reasonable, we respectfully request you reconsider this decision and give her a variance. As her neighbors, we have collectively sought some solutions to this issue if a variance would not be allowed and would like them to be considered.
It is clear to see that she took good care of both of these horses. She obviously has a good heart. The one horse which had been removed, was a retired race horse which came to live with her and her first horse and they have been side by side, close friends ever since. The happiness of both horses should be considered. People also enjoy seeing these lovely creatures and even go out of their way to drive by them.
Also, Shelly is connected on one side of her land by her parents, another side by a lake, and another neighbor (Doug Tierney) whose land is across county road 22 and who is willing to allow her to extend fencing onto his land to provide more grazing area.
We petition you to please reconsider allowing Shelly to bring her other horse back to her home.
Signed by residents and neighbors;