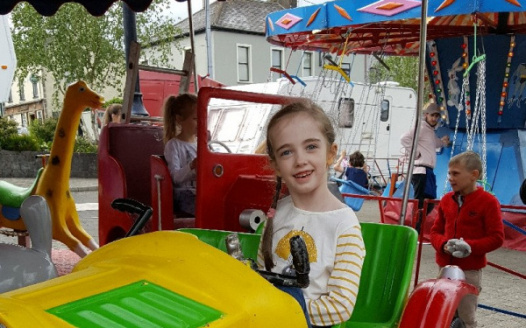 On May of this year 2017 Vera Twomey and her husband Paul were "forced out of Ireland" to seek access to Medical Cannabis treatment for their daughter Ava. Ava suffers from a severe form of epilepsy called Dravat Syndrome, this condition can cause multiple seizures each day.

After seeking treatment of Medical Cannabis through doctors and specialists in the Netherlands, Ava has done remarkably well, she is seizure free. The results are incredible it has given her a whole new lease of life.

The cannabis bill, brought by Solidarity TD Gino Kenny, has successfully passed the Second Stage in the Dáil and will now move to the committee stage where further amendments will be considered.

The Government has agreed to allow the progression of legislation to provide for medical cannabis to the next legislative stage.

The move is despite the fact that the Oireachtas Committee on Health recommended withdrawing Gino Kenny's bill because of "fundamental flaws" in the legislation. However, as Gino rightly put it, they the TD’ s are put in their position to amend these kind of flaws.

Minister of State at the department of Justice and Equality David Stanton said he was of the view that "if you have a very flawed piece of legislation, it might not be possible to amend it, perhaps it should be redrafted and resubmitted".

However he said there seemed to be a consensus among TDs that the bill should proceed to Committee stage in the Dáil.

"The majority here want to proceed to committee stage, the Government will not be opposing that at this time," he said.

He said the Government would not oppose an amendment put forward by Mr Kenny that the bill should proceed to the next stage.

We are calling on the people of Ireland to sign and share this petition in order to let this government know how important it is to you that this bill has to be passed.

Ava Barry needs to be home where she belongs, with her family for Christmas 2017 along with her having full access to CBD-THC medication.