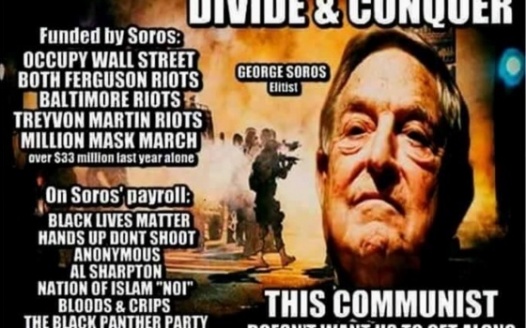 Demand that President Donald J. Trump and the D.O.J. seize George Soros assets and prosecute him and his two sons for Treason, funding Domestic Terrorism, and that ANTIFA be declared a Domestic Terrorist Group & Black Lives Matter be declared a Racist Hate Group, a Domestic Terrorist Group as well as a Marxist / Communist group intent on overthrowing the U.S. Constitution and that they be arrested on sight using whatever force necessary ! Also prosecute them under the "Clear And Present Danger" to the constitution Treason laws. MAKE THIS VIRAL AND SHOW YOU STAND WITH AMERICA AND NOT MARXISTS & COMMUNISTS !