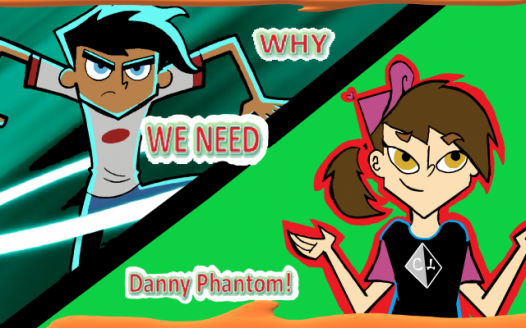 "We, the undersigned, hereby announce our support for Nickelodeon to resume production of new episodes of its animated television series, Danny Phantom. This series, which originally aired from April 3, 2004 to August 24, 2007, continues to maintain a large, passionate fan base over a decade after its cancellation, showing true dedication to the series and appreciation of its quality."

Nickelodeon is filled with just the same kind of shows not a lot are SIC-Fi and action packed!

Here, we got The Loud House and SpongeBob SquarePants but other shows just keep redoing the jokes and most Nick shows are just per comedy. I believe Nick will get higher money earning's if

I feel like I need to help Hart-Fans get this show back and I do what ever it takes even if that means posting all over the media and You Tube, Its a very nice and unique show!

I feel like Nick has not been choosing the best shows for its true Nickelodeon channel. Since Fairly OddParents isn't counting anymore I think one Butch Hartman show should still air with new episodes! Many people grew up with Butch Hartman shows, just because he left it don't mean we can't bring his shows back with new episodes! I want this show to be Danny Phantom!

If this show can't do new episodes can Nick at lest do reruns to look at the ratings? If the ratings get high then maybe we can make a new series or continue? Maybe Live action like Disney did for Kim Possible

Holly Payne made a #goghostagain, use the tag to bring it back! Anything related Danny Phantom tag and share! I'm not doing this just for me but I'm doing this! I'm with Holly, it should come back