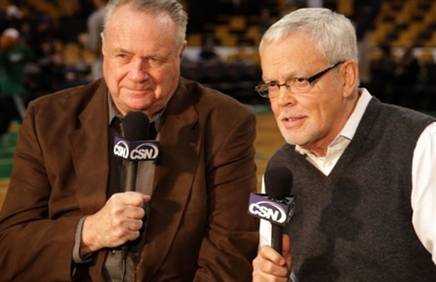 Bring Comcast SportsNet back to Bryant

We are protesting the removal of Comcast SportsNet, also known as CSNNE, from Bryant University’s cable television channel lineup. The decision to terminate Bryant students’ access to this channel was made without any input from students.

Comcast SportsNet has been available for the past three years, and is the only channel that broadcasts the Boston Celtics’ games. Those past three years have been extraordinary, but this year has begun with major cause for concern. We have forged many lifelong friendships during our time here based on our primary source of entertainment, the Boston Celtics. We always look forward to this time of year, the beginning of the NBA season, for months in advance. Unfortunately, we feel nothing but disappointment and anger this year. I speak for all of us when I say that the decision to deny our access to Comcast SportsNet is unacceptable. We demand immediate change.

Professional sports have been entrenched in Boston culture, and furthermore New England culture, for over a century. They have consistently provided our community with positive role models, safe and healthy means of entertainment, and hope when all else seems dire. Bostonians, New Englanders, and people all around the world stand united as Boston sports fans regardless of any and all other differences. We are proud to align ourselves with these teams. We are proud to bleed green for our Celtics. Our passion is what makes our community strong. Our sense of unity is currently being threatened among Bryant students. What makes this threat even worse is the lack of say that we as students had in the matter.

We as members of this community chose to attend this school under the impression that Comcast SportsNet would be available to us. This even applies to our members within the Class of 2020 since this year’s list of channels wasn’t released until late August, and furthermore initially listed Comcast SportsNet as channel 80. The idea that a university in New England would deny its students access to such a vital component of New England culture is deplorable, incomprehensible, and in direct opposition of everything we believed this institution to stand for.

We feel that our community has been mislead, and in many ways dismissed altogether. If we had known that Comcast SportsNet would at any point be made unavailable, we would’ve strongly considered taking our academic merit and millions of dollars in tuition payments to other institutions.

We hope that this petition will be enough to initiate a discussion between our two parties, but we will not stop if it is not. We will stand steadfast until a resolution is reached.