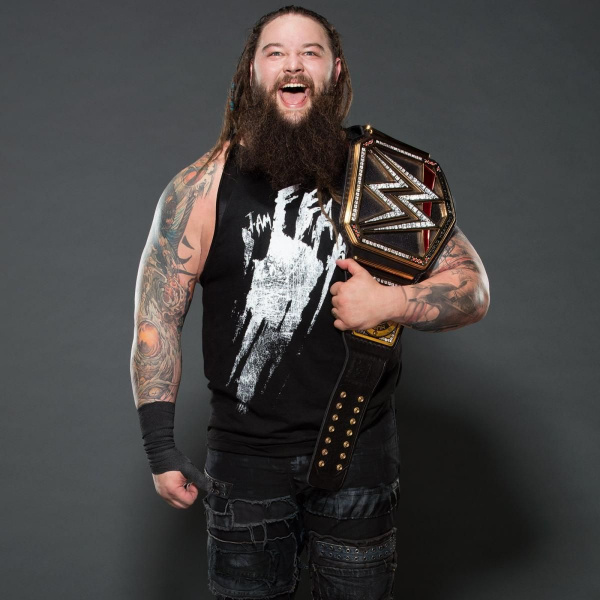 WWE Superstar, Bray Wyatt (Windham Rotunda) has not been on WWE television in 4 months (as of 12/18/2018). He has not been out with an injury or an illness, he just has not been used. He was last seen losing the WWE Monday Night Raw Tag Team Championships that he held with Woken Matt Hardy. In the 4 months time, the television ratings for the product has dropped and said tag team division has lost all credibility on Monday Night Raw.

Bray was once a WWE champion, he was the leader of The Wyatt Family, he has proven since his debut in the company that he not only has the skills needed to excel in the company but has the fans behind him. He has lit up arenas around the world with his "fireflies" during his entrance while World Wrestling Entertainment has shown indifference towards him. They gave him the title only as a placeholder to give it to Randy Orton. They put him in embarrassing situations such as a "House of Horrors" match (that is considered by many, one of the worst matches of all time), a match projecting bugs in the ring to "scare" his opponent, and having him dress up as Sister Abigail (a woman) in a match against Finn Balor. He was singled out in this instances. There was nobody else in the company put in these circumstances, only Bray Wyatt.

In addition to singling him out in embarrassing circumstances, they gave him one of the worst losing records in the company for years on end. As of 12/18/2018, he has a career total loss record of 64.1%, losing 606 of his total 946 matches with 2015 & 2016 sporting an 80%+ loss record. His character has been severely misused, being a catalyst to everyone else winning or elevating their star power instead of him getting any elevation.

Even through all of this, he has touched many fans. He has shown fans that it's okay to be weird, to be different, to not be the status quo and in some cases, gotten them through the hardest times in their lives. He is a superstar who actually cares for his fans and appreciates the fact that we stand behind him. He has taken time to wish fans "Happy Birthday" or to meet with fans outside of arenas when they wait for them. He remembers their names and follows some on social media.

We, the fans of World Wrestling Entertainment and of Bray Wyatt (Windham Rotunda), want the WWE to take initiative to give Bray Wyatt a proper storyline, we want the embarrassment of Bray Wyatt (Windham Rotunda) to end, and we want him back on our televisions on either Monday Night Raw or Smackdown Live. We want for Bray to have the chance to shine without having to build someone else up or take the loss for "the team" or "the company".