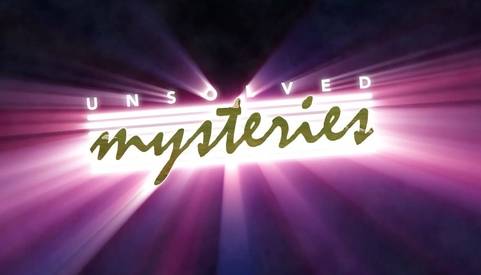 Unsolved Mysteries was an American TV show that first aired in 1987. The program used a documentary format, incorporating interviews and re-enactments, to profile unsolved crimes, missing person cases, unexplained history, and paranormal phenomena. At the height of its popularity, it had over 16 million viewers. Originally hosted by Robert Stack, the show aired on NBC from 1987 to 1997, on CBS from 1997-1999, and on Lifetime from 2001-2002. A repackaged version of the series with host Dennis Farina ran on Spike from 2008-2010.

True crime has permeated popular culture, and our interest in it is at all-time high. Look no further than the success of such podcasts as Serial and My Favorite Murder, and shows like Making a Murderer, The Jinx, American Crime Story, and The Killing Season. Crowdsourced sleuthing on sites like Websleuths and Reddit have enabled citizens to take a more active role in investigating cold cases, often bringing to light new information, and even solving crimes. In light of this public interest in not only learning about true crime stories but taking a more active role in them, a show like Unsolved Mysteries is prime for a comeback. It's is already getting new buzz from Amazon offering several seasons for streaming, and a website is currently maintained to enable citizens to provide information on the show's cold cases. There is no better time for Unsolved Mysteries to get a new revival.

We, the undersigned, call upon television executives to bring back Unsolved Mysteries and produce new episodes of this intriguing, enduring program.