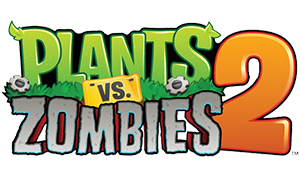 Bring back the old Plants vs. Zombies 2!

The latest update for Plants vs. Zombies 2 has completely changed many features of the game. The game now plays completely differently and is completely ruined. Here's what changed:
Summary:
-They made the game easy-peasy for the first few levels, then turn it into HELL after level 8, FORCING YOU TO BUY POWERUPS OR PLANT FOOD TO WIN!!! Zombies now arrive in huge clumps, making it nearly impossible to destroy them all.
-They removed a large number of levels, and made unlocking levels ridiculously easy. No more keys or stars at all, just beat level 8 of Ancient Egypt and you can SKIP TO FAR FUTURE!!!
-Power Pinch was replaced with Power Snow, which COSTS MORE, and is much less creative. Power Pinch was unique because you could break the forth wall and interact with the zombies, and now... snowballs appear out of nowhere!?!?
-Almost all of the dialogue and story is just... GONE. Fuuuuuuuuuu...
PopCap (or really EA) has turned a game that was amazing (even though it was still free-to-play) into just another free-to-play game that is money hungry and has no unique conecepts. Let's take control, and GET IT BACK TO THE WAY IT WAS!!!
Need more details? Here's the full report:
1. Game pacing:
They made the game paced faster by:
a. Doubling the amount of sun earned,
b. Halving the number of waves per level,
c. Reducing the cooldown time of seed packets.
d. Increasing drop rate of money.
Why it's terrible:
The game was perfectly fine the way it was paced before. Doubling sun? Halving waves? Speeding up plant recharge? Oh COME ON!!! Can't you see what's happening here? All the difficulty is being thrown away just because some babies keep complaining "Wah! These levels are too hard!" just because they don't feel like, oh I don't know, BEING CHALLENGED. Isn't that the POINT? Who wants to play a game where you always win? This is just like those kiddie T-ball games where everyone gets a trophy. "Everyone's a winner! Now let's all go get some ice cream and frolic across a rainbow!" Yet, interestingly enough, levels after level 8 are now ridiculously difficult. Now that makes even less sense. The new version of the game is now an unbalanced mix of everyone's-a-winner and unbearably difficult. PopCap had the difficulty right back in the days of PvZ1. Why did they have to screw it all up?
2. Map system:
The changes to the map system include the removal of keys and stars entirely, and all the mini-games and Brain Busters are in one sequential line along with the regular levels. They aren't even named anymore; they are all labeled "World - Day Whatever". The next world can be accessed immediately after level 8 of each world (and with Brain Busters included, you've barely even started the world before level 8). And last but not least, many levels were actually removed, including the conveyor belt levels at the end of each world!!!
Why it's terrible:
Now people are just getting lazy. Yeah, I know. It's kinda hard to get keys. So what do you do? You replay levels. You can have fun with beating levels again and mastering them, and earn keys so you can play new mini-games. The new map is like this: "Here, players. Too lazy to take on a challenge? Okay, let's destroy the game's replayability and let you all have some free fun! Oh, and don't worry about working, all you have to do is tap the screen a few times and you win! Yay!" Plus, new worlds just pop up after level 8 of Egypt. What the heck!? Aren't you supposed to BEAT LEVELS to MOVE ON? PopCap's trying to turn PvZ into a game like Angry Birds. Everything just unlocks and you play forward. That's not the way PvZ is supposed to work. But people are too lazy to collect stars though, so what am I talking about? A magical key to new worlds that you get for doing pretty much NOTHING is obviously the PERFECT solution!
OK Features:
The additions of Gargantuars and the Turbo button are nice new features. However, Gargantuars are introduced way to early in the game, and will be very difficult for new players (in contrast to the easiness of everything else). The Gargantuar levels should be moved to the end of each world, or as an introduction level for the Challenge Zones.
Final verdict:
I CERTAINLY did not ask for this update. Thanks to all the ungrateful fans in the world, the game has been destroyed and turned into a big "everyone's a winner" festival. So I'm holding my ground here. I will not rest until PopCap restores PvZ2 to its former glory!