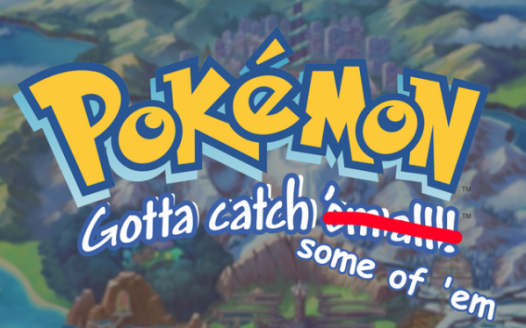 Bring Back the National Dex

During E3 2019, Nintendo announced that Pokémon Sword and Shield for the Nintendo Switch would not support all Pokémon, and that some would be cut from the game due to time constraints and game balancing.

Since 1996, the Pokemon slogan has been "Gotta Catch 'em All". Adoring fans have been wholeheartedly following this series and that message for over two decades. We the public and fans of the series feel that the decision to remove the National Pokédex from the game, and therefore make cuts in what Pokémon players can obtain, and transfer into the 8th generation, is an action that is both contrary to this core message and the wishes of the company's long-standing fans.

Thus far, the developers have always done a phenomenal job in allowing players to transfer their beloved friends to the latest game--a feat that is not in anyway simple. We appreciate the dedication and hard work of the development team through the years. It is unfortunate that the team must cut corners to make deadlines; the players want the full Pokémon experience... Not a rushed game with cuts that do not satisfy the desires of the players.

We the public, request that Junichi Masuda, Game Freak, the Pokémon Company and Nintendo, listen to the will of their loyal fans and players, and bring back the National Dex!