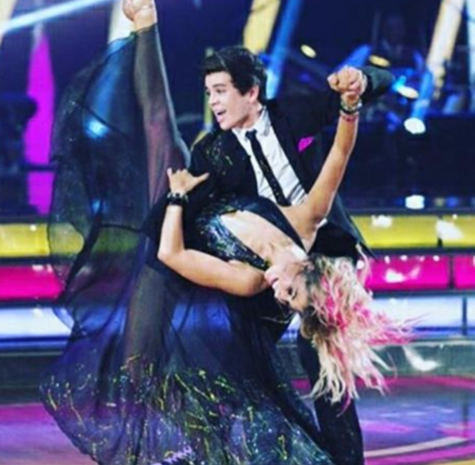 This is a petition for the lovely Emma Slater and Hayes Grier who were shockingly eliminated 10/26/15 on Dancing With The Stars. The reason for this petition is I (as well as others) don't believe they were eliminated fairly. He trended worldwide on Social Media every week with over 100,000 tweets in an hour of people tweeting their screenshots of them voting with the hashtag #VoteForTeamSlayes. I get that it's not based off of "fanbases" but it is based off the judges scores and fan's votes. He did not have the lowest combined judges scores, Alek did. When you go back and read comments viewers left on Dancing With The Star's Facebook posts, Instagram, and Twitter, you will see that over half of them wanted Tamar or Alexa sent home after last week's dances. If Hayes did have the least amount of votes.(which I find that hard to believe considering he has 12 million followers across his Social Media accounts) then I apologize. So to say he had the least amount of votes out of everyone there, is a bit unrealistic. Most people don't know how this fanbase works. If Hayes needs our votes for ANYTHING, we are there to do any and everything to get them to win. I'm not saying he was going to win, but he definitely should of stayed a little longer. It was not Hayes and Emma's time to go and mostly everyone would agree with me. He's 15 years old. He was amazing every week. We are all sad to see him go. The hashtag #BringBackTeamSlayes has been commented over 2,000 times on @Dancingabc Instagram page. Those comments speak for themselves. If that's not enough proof that he shouldn't of went home, then I don't know what is. If you believe they should not of been eliminated, then please as you wish, sign this petition. I know it may not help anything but I just want he and Emma to know we tried everything we could to keep them in the competition. We made extra email addresses, we voted from our parent's phones, and we supported them through the whole way. I don't want him to think we let him down because we did vote every week. I would also like to give a big thank you to Emma for taking such great care of our Hayes. She taught him so much and he is a such a quick learner. We could of not wanted a better dance partner for him. He left on a high note. I am beyond thankful that he got a chance to be on Dancing With The Stars. He gained a lot from that show and now the he is signed with CAA, hopefully we will be seeing a lot more of Hayes. Thank you to everyone who took the time to read this. I couldn't be any more proud of Hayes. ❤