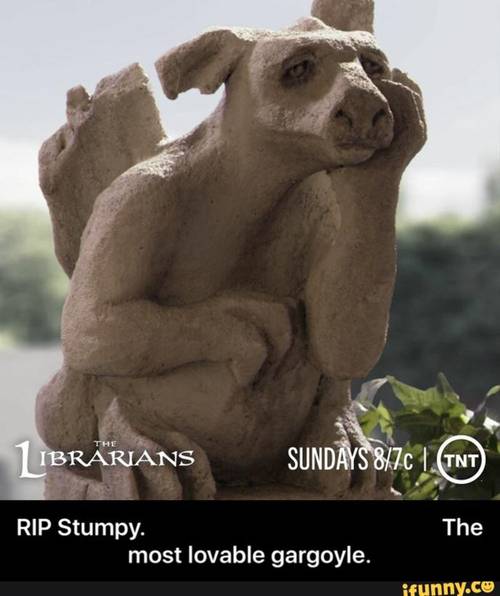 In Season 2 Episode 4, "And the Cost of Education", Ezekiel found a gargoyle statue early on. He grew to like such a statue as there was something "magical" about it. The audience most likely grew to love the statue who would later be named "Stumpy". Now, at the end of the episode "Stumpy" is "killed" (crumbles) but since this is The Librarians and magic is known, who is to say that Stumpy couldn't come back and be a magical Gargoyle statue pet for Ezekiel (who isn't the best at making friends mind you). So I made this petition to see just how many fans want "Stumpy" to come back to us.