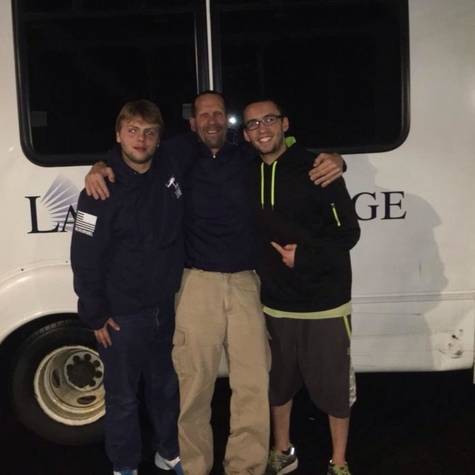 Here at Lasell College, we have a very friendly community. Everyone is accepting of each other and respects one another. One person stood out from the crowd, this man was the former shuttle driver, Rob Davis. Rob went through everyday with the same outgoing attitude. Every time the shuttle doors opened for someone, they were sure to be welcomed with a big smile and open arms. Even when off duty, Rob always brought his sparkling personality with him wherever he went. He gave all of us the best he had to offer and never asked for anything in return. He brought a different atmosphere to the campus, by making everyone feel wanted and appreciated. He had the power to connect with anyone he came across. All of us who are and were part of the Lasell community within the last 7 years have had the privilege to consider Rob Davis as our friend. If there was a Heaven on Earth, it was when you were sitting on the shuttle with him as your driver.

It was difficult for all of us to receive the news that Rob wouldn't be coming back, and would instead be replaced by a new shuttle company the following year. His leaving has created an emptiness that simply cannot be replaced. Since his parting, many have tried to find a way to give Rob another opportunity to be part of this campus once again. We ask that all of you who knew and looked up to Rob to please sign our petition in an effort to bring back him and his positive outlook on life back to campus. Thank you all for your time.