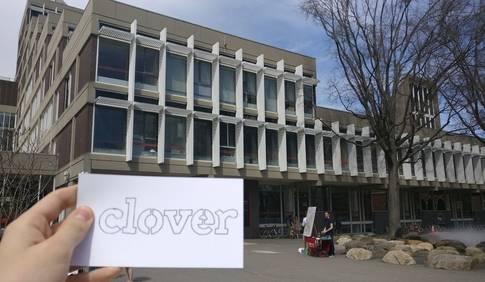 It was announced on the 10th of April that Clover Food Lab would be opening an outlet in the Science Center, in the same location that once housed the HUDS-operated Greenhouse Cafe.

We believe that Clover is an inappropriate food outlet for the Science Center for a number of reasons:

1. The lack of availability of good-value food, especially in the Cambridge area, is a huge problem, especially for lower income students. Whilst Clover’s current menu in Harvard Square may have items that are priced comparably to other outlets, the cost of food per calorie in Clover is almost twice as much as in comparable chains, and therefore the cost of an appropriately sized meal at Clover can work out to substantially higher than it may first appear.

2. Clover has no explicit plans to accept BoardPlus. Low income students are hit the hardest by this as their dining plans are subsidised by financial aid, but all undergraduates lose out as they struggle to find places to spend the increasingly limited currency.

3. Clover’s food offering caters to a niche taste, which is not widely reflected within the Harvard student body. We feel that, if the student body were to have any significant influence over the food outlet in the science center, Clover Food Labs would in fact be near the bottom of the list of establishments chosen.

Whilst Clover hasn’t released its menu or plans for the outlet, we firmly believe that Clover is not an appropriate vendor for the Science Center, and ask that the administration reconsider their decision, and allow undergraduates - the primary users of the space - to provide more input on which food contracts are awarded.