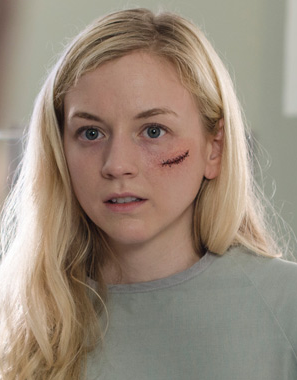 The simultaneous OMGs across the world was heard louder than the gun shot that took the life of Beth Greene in the mid-season finale of the The Walking Dead Season 5.

When Daryl Dixon cries, everyone cries. The hashtag #RIPBeth trended on Twitter worldwide for hours. This just shows the great impact the decision of the producers to kill Emily Kinney's character.

Now, fans who have become attached with Beth are mourning. I can't remember when was the last time I've been affected this much after my favorite fictional character was taken out of a show.

I know I am not the only one who thinks that the decision to include Beth to the show's gone-too-soon list is a wrong decision. Well, we can just be thankful that our favorite blode zombie killer were given some heart-pounding heart-breaking and we-thought-you-and-Daryl-will-end-up episodes that we can play and replay for as many times as we please.

Well for those who still can't accept the fact that Beth will no longer be in the the next season to come, here's some glimmer of hope that she might be seen in TWD. And so I offer a toast, "Beth Greene will be back in the The Walking Dead!"

What are the chances? Slim but possible.

Possibility no. 1: Beth can do some cameos as part of a "memory of the past" of Daryl, her sister Maggie or even Carl Grimes who has yet to hear about the sad news.

Possibility no. 2: It's been reported that AMC has promised that TWD: 2.0 or a spin-off show that will shed light on a new, previously unseen corner of the zombie apocalypse or perhaps would chronicle the early days of the epidemic and the effort to contain it. Check out the TWD Webisodes to get a taste of the show is all about. An alive and kicking Beth Greene can even be a regular if we fans would let the shows writers and producers know how much we love her.