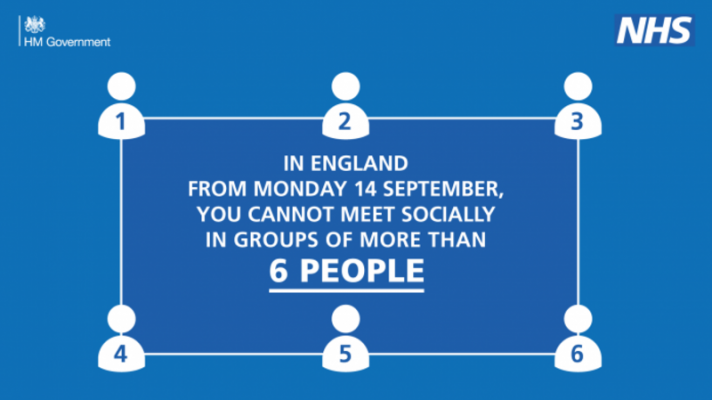 Scrap the Rule of 6 - Bring back democracy

Since the outbreak of the pandemic, almost every week there have been new laws that affect the lives of millions of people, imposed without approval of parliament.

The UK government’s ban on people meeting in groups larger than 6 makes it a crime for a family of five to meet their grandparents, and even makes ‘mingling’ into a crime.

This law has a tremendously negative effect on young people’s social and psychological wellbeing, as well as decimating large sectors of the economy, from entertainment to self-catering accommodation, which were struggling to get back on their feet.

As with other Covid laws, the ‘Rule of 6’ completely bypassed democracy. The law was brought through as a statutory instrument; there was no vote in parliament, and reports suggest that only one cabinet minister was in favour of it. The law was published only minutes before it came into force.

Other statutory instruments have taken away the right to free association and protest. One law gave the police power to impose 10k fines on the organisers of political demonstrations, while another gave powers to local councils to prohibit gatherings.

Yet if people criticise these restrictions, or ignore them, the government merely threatens larger fines or more restrictions.

We call on the UK parliament to scrap the Rule of 6, and other statutory instruments that have not been subject to democratic scrutiny or assent.

We call for parliament to be resuscitated as the place where laws are made and approved - for proper scrutiny and consideration of the effects of these measures on social life. Any restrictions must be grounded in democratic legitimacy, and people and their representatives must have a right to question and protest against these restrictions.

This government by decree must end.