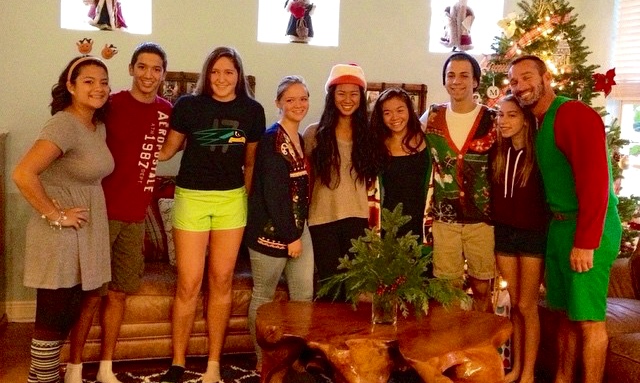 Coach Todd was released from Florida Elite Swim Team right before Christmas by the executive board of directors, who did not take into consideration the huge impact this change affected the families and the kids on the swim team. There are multiple families on Florida Elite Swim Team that want Coach Todd to keep his job as he is a key player in our kids' lives. He is passionate and caring with his swimmers.
Coach Todd is important to his swimmers for many reasons. Hear it from the swimmers themselves:

I was on a team when I was younger that had a really awful coach who did mean and rude things to his swimmers. He made me hate the sport because he was such a nasty coach. I decided to join swimming again and Coach Todd made me fall in love with the sport. He is so dedicated and passionate about swimming and you can tell at every practice and every meet. He is so easy to connect with and he really makes the team feel like a family. He is the glue that holds our group/team together and since he's been gone I feel like our group isn't as strong as it was before. -Nicole

Coach Todd is very important to this team for many reasons. He makes you believe in your swimming and you no matter what and leads you to success. Since he has come, our team has grown by leaps and bounds. Now we are recognized as a highly competitive team. Coach Todd is a role model on this team. He shows his swimmers to have a positive outlook on life and never stop trying. His actions have touched many lives, including mine. Coach Todd is more than a coach and taking him and away like this is like taking away a teacher from a class. He teaches us more than swimming things, he teaches us many life lessons outside of the pool as well. The decision that the board made affected doesn't affect them in the way it affect us and our futures. Coach Todd deserves to come back.s. -Elise

Coach Todd gives me inspiration and confidence to swim better. My times have dropped drastically in the past few months and he motivates me to always do my best, train hard and have fun! He is the reason I show up to practice 5 days a week and stay motivated. I want him back to continue to make me love swimming. -Anonymous

Coach Todd is just so important to me. He's helped all of us to get better in some way and we've all been with him for so long. -Pierce

I think that Coach Todd should come back because he is a great coach. Out of the 5 years I have been swimming he is one of the best that has coached me so far. Even though he just came in 2013 he has brought me out and has made me faster than ever before. I went from being a slow kid who didn't want to swim to being one of the kids who wanted to go above and beyond a set. He has caused many kids to be a lot more challenged and ready to go fast during meets or even during practice (Including me). These are the reasons why Coach Todd should come back.-Brendon

I think coach todd should come back is because he is a Great coach.Also because he has got the team so far, and he is a coach to 3 groups. He has also made the workouts very fun and challenging. When coach Todd came I became fast. He has also made a lot of kids super fast. I like coach Todd because he is also very committed to swim and coaching in this team Florida Elite Swimmers. Also a lot of people think the same.- Alex

Coach Todd has honestly made the biggest impact in my life. This year has been filled with stress and pressure and Coach Todd was the one thing in my life that was stable. He was more than a coach to my team mates and I. He was an adult that I could trust and I know would stand by me at all costs. He helped me when I was injured and took into consideration my injury, altering work outs to better suit me. I've never seen someone so in love and dedicated to what they do. His mind is always on swimming and there is no better coach out there. Swimming is the one thing that helps me relieve stress and the one person who helped me do this was taken away from me. Coach Todd made me feel safe and since he’s been gone, I don’t know if I can say that anymore. Not to mention, I have transformed and changed into a great swimmer in his hands. He has taught me with skill and speed but more importantly passion. –Ava

I like swimming for Coach Todd because he was unlike any other coach I have ever had. I have swam with over fourteen other coaches and none of them were close to as good as Coach Todd. He was like an uncle to me, a swim uncle, who did swim practice for his ‘’nieces and nephews’’. He was a great role model, he had so much work ethic, and confidence, and strength, and a great understanding for all of his swimmers. He helped me so much with my butterfly and was always encouraging everyone in the pool. He was almost always happy and upbeat. He was always nice, he wouldn’t get mad if you missed a race and said to work hard and do your best. It’s amazing how dedicated he was to everyone getting better and nailing your technique. He studied swimming constantly and did anything to help you get better. I love him so much and I wish he was still coaching us- Emmie Drell Age:11 Performance group

Coach Todd is my absolute favorite coach I have ever had (by a longshot) in the 6 years I have been swimming. A few months back I moved from Jacksonville, I was not happy about it in the slightest. When we moved I joined the high school team I was zoned for and swam the whole season with them. Meanwhile, during the practices, whenCoach Todd was coaching,I always paid attention to the way he interacted and related with the swimmers and was shocked to see how genuine of a coachhe is. I was at a dull spot in my swimming and I really didn't want to be swimming at the time. As soon as I joined the group I felt welcomed. I quickly learned that Coach Todd was a person so above and beyond any other coach I had ever had. He made me enjoy swimming and going to practice each and every day. I began to learn all of these new things about swimming that I never knew existed. I was dumbfounded! I was exposed to diversity both in and out of the pool. My two favorite things about Coach Todd arehis passionand the way that he makes the team feel like a family. I want Coach Todd back for these and many other reasons.-Jolie