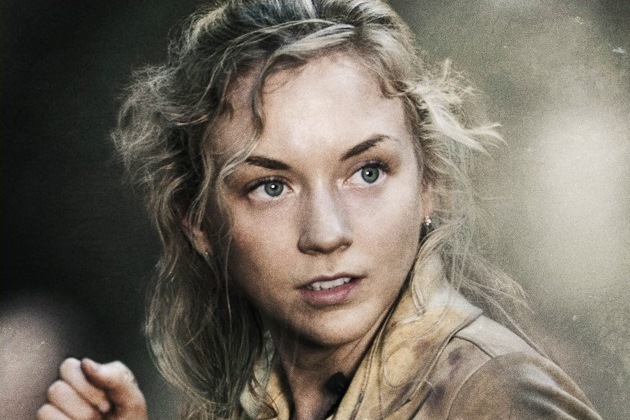 Bring Back Beth Greene or We Quit The Walking Dead

As many of us devout fans of The Walking Dead have voiced in the past 24 hours, the mid-season finale "Coda" brought with it a huge wave of disappointment. The writers, who have always done a PHENOMENAL job with every episode, every season...well, this was very out of character for them. To screw up, and on such an extreme level. The death of Beth Greene, while shocking -- which I'm assuming is what they were going for -- was COMPLETELY premature and unnecessary and has affected me on such a level that I'm highly contemplating stopping watching the show.

This has nothing to do with personal interest in Beth's character -- it doesn't matter if we liked her or not. She was, no, IS a great character -- as many people have voiced this past day, of all the remaining survivors, she is the only one that was truly living. She was the voice of reason, the optimist, the hope for the other characters and therefore for the show's future...and she had so so so much potential. So much potential that was not allowed the time to fully develop.

Her story was cut far too short, and it is entirely unfair. Every other major character death...their death was at the right time. While still painful (well, not the villains) and shocking, they didn't leave me wondering "Why". Those characters...from Shane, to Andrea, Lori, the Governor, Hershel...their stories were fully developed.

The writers have NEVER disappointed on such a level before. They have NEVER cut a main character's story so unjustly. Beth needs to be brought back, so her story can be allowed the closure that it deserves when the time comes. This isn't a "BRING BETH BACK BECAUSE I DON'T WANT HER TO DIE" petition, this is a "BRING BETH BACK BECAUSE IT WASN'T HER TIME TO DIE" petition. Go ahead and kill her later. I love her and don't want to see her die. But go ahead and kill her. But please, only after she's given the justice that she deserves. Otherwise, I -- who have loved and followed the show since its debut -- am done.