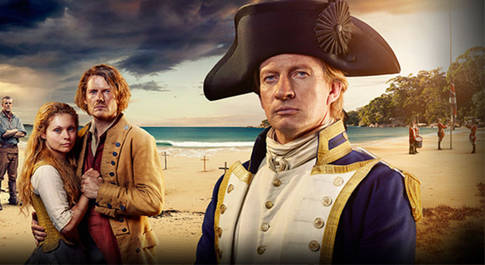 447 people have signed this petition. Add your name now!

We're petitioning to different television/streaming networks to pick up Banished for a Series 2.

Despite record breaking ratings, a stellar cast, brilliant writing and a co-commissioning with BBC First (Australia), Banished was cancelled. BBC Two's statement about the cancellation followed:

“There are no current plans for Banished to return. We are very proud of the series and hugely grateful to all those who worked so hard on it. However, in addition to all its new titles, the BBC Two drama budget only allows for a limited number of returning dramas a year which means we have to make hard choices.”
BBC 2 Spokesperson

A social media outcry followed the axing. Both cast members and fans reacted, using the hashtag #BringBackBanished. Russell Tovey dubbed it a "sad day for drama" on Twitter.

Our campaign has been featured by many news sources, most notably: The Radio Times.

The most frustrating part about the axing of Banished is how well the show did despite very little promotion from BBC Two. The night the final episode aired, Banished was in the top 10 trending on Twitter in the UK, yet it seems BBC Two had already given up on the show, neglecting all the fans and not sharing any tweets about the finale.

Banished went on to air in Australia, New Zealand and later Canada.

Last year it was finally made available in the US on iTunes TV and Hulu. The New York Times put Banished on their "What You Should Watch List" for the Fourth of July edition.

Most recently Netflix UK has added it to their titles with a 4.5 star rating!

The Banished Fans have picked up the fight again, participating in Radio Times "League of Fandoms" with many other quality dramas such as Poldark and Outlander.

The momentum and love for the show has only grown. The series ended on a heartbreaking cliffhanger. Jimmy McGovern had already started writing series 2 in the hopes that it would be continued.

Please consider reviving this brilliant and original drama. We need to know the rest of this untold story!