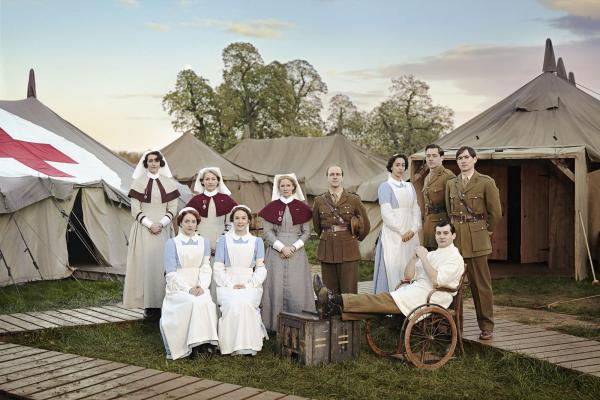 BBC Must Recommission 'The Crimson Field'!

5737 people have signed this petition. Add your name now!

The Crimson Field has 7 million viewers and yet the BBC has not yet recommissioned a second series.

The Crimson Field is a beautiful period drama set in an army hospital in Northern France at the beginning of WWI.
Writer, Sarah Phelps’ plan is to make three more series for each year of the conflict, ending in 2018, a century after the end of the Armistice.
Why Should BBC Recommission 'The Crimson Field'?
It showcases compelling acting by a brilliant cast.
Has a griping and evocative story-line.
It holds historical significance commemorating the 100th anniversary of WWI.
Portrays a unique angle of WWI - including the stories of the women involved as well as the soldiers and other male hospital staff.
It has 7 million viewers.
Richard Rankin.
Oona Chaplin.
Hermione Norris.
Surranne Jones.
What more does the BBC need to prove it worthy?!
Please sign this petition and share with your friends and family and urge them to do the same. THANK YOU!
Missed it on TV? That's okay. You can buy the DVD online athttp://www.acorndvd.com/the-crimson-field.html!