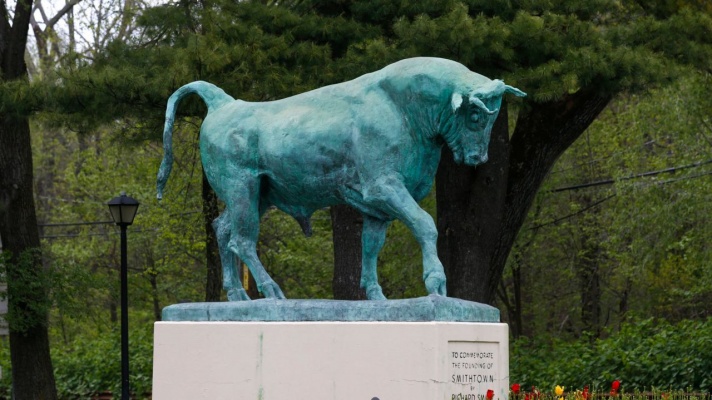 We the People of Smithtown Central School District

One of primary duties of schools is to educate students as to the basic skills needed to function and thrive in a society. These skills include, but are not limited to reading, writing and mathematics. This Administration has placed education in the backseat of our children's lives and has instead placed an emphasis on division, social justice and harmful emotional learning techniques over facts and education.

The Administrators have gone unchecked for years which, has allowed them to perpetuate ideologies through programs and teachings outside the approved curriculum. This has allowed them to be held unaccountable by the Board of Education (BOE). The BOE has simply rubber stamped their behavior which, they have masked through the State approved programs such as Social Emotional Learning, (“SEL”) and committees organized through the tainted lens of Diversity, Equity and Inclusion (“DEI”).

The Administrators and many on the Board of Education are aggressively implementing a progressive socialist agenda on our children.

Nearly seventy (70) percent of our property tax dollars go to fund the school district and those dollars are being allocated to promote and incorporate the Administration’s harmful agenda. Our children are being used and, in some instances abused, as political pawns and are systematically being taught over time to hate themselves, their peers and The United States of America. The Administration alleges that Critical Race Theory is not being taught in our district. However, parents in this district have exercised their statutory rights and issued Freedom of Information Letters to the District Clerk, Maureen O'Connor. The evidence substantiates that the aforementioned ideologies and principles have been slowly and methodically been implemented into the classrooms since the beginning of common core, and more aggressively since 2016.

We the People of Smithtown Central School District demand the following:

1. The immediate resignation of Board of Education President, Matthew Gribbin and Vice President, Michael Catalanotto. Their intentional violations of parent’s Constitutional rights and Open Meeting laws, as well as the condescending and belittling remarks to public speakers with whom they do not agree with is causing irreparable harm to this community. As elected public officials, they have taken an oath to uphold the Constitution and act in the best interest of the children and this community as a bridge between the parents and the Administrators. The board meetings are a venue in which, community members and parents have a right to voice their concerns or displeasure with certain actions or omissions taken by the district. The Board members and the Administrators have breached their duties by repeatedly displaying their own bias, when correspondence or counter positions are raised inwriting or during community participation at the board meetings raising concerns against the district’s agenda. The Board members and the Administration have repeatedly refused to respond to correspondence issued by thousands of parents setting forth various concerns. There continues to be a lack of transparency by the Board and the Administration and their continued breach of duties and negligent actions are grounds for immediate removal and termination. Lastly, an oversight committee of parents, educators, and community members will be created to oversee the spending of tax dollars that are being allocated to both educational training, programs and non-educational or administrative actions so the community can ensure the fiscal responsible decisions of all tax dollars.

2. The removal of all harmful teachings and funding that promotes the current Diversity, Equity, and Inclusion (DEI) program. DEI is rooted in Critical Race Theory which promotes the ideology that every aspect of life must be viewed through the lens of race; this includes but is not limited to the teachings that the foundation of America is inherently evil and racist. It educates children that they are either the oppressors or victims, and fails to promote the importance of independent thinking, a strong character, and benefits of hard work and determination to allow all children to thrive in society. Further, these ideals violate and seek to dilute the protections afforded under Titles VI and VII of the Civil Rights Act of 1964, the 14th Amendment of the United States Constitution/The Equal Protection Clause, and the United States Equal Employment Opportunity Commissions (“EEOC”). So, in no way, shape or form should our tax dollars continue to fund and promote the violations of the aforementioned legal protections and rights.

3. The current DEI funding and teachings must be replaced with a patriotic, pro-American education that provides an unbiased and non-political summary and evaluation of American history absent the one-dimensional teachings that the United States is an evil nation simply rooted in racism and oppression. As a community, we’re not looking to overlook the mistakes of our country. As we believe the only way, we can achieve a more unified and prosperous country is by learning from the past mistakes. That said, the children of today should not be made to feel as oppressors for the mistakes of our founding fathers. Conversely, there is so much to be proud of in the creation of this country which should also be celebrated. A special committee is to be formed that will create this curriculum. Committee members should include: educators, administrators, parents, community members and students.

4. Parents have the legal right as set forth in decisions cited in long standing legal authority in New York State by the judiciary branch as to having a right in the decision that directly affects their children's education. All aspects of the curriculum and lesson plans must be made available to parents either before the commencement of the school year or during the year and every handout, article, and reading material not a part of an approved textbook must be posted on the parent portal to promote full transparency.