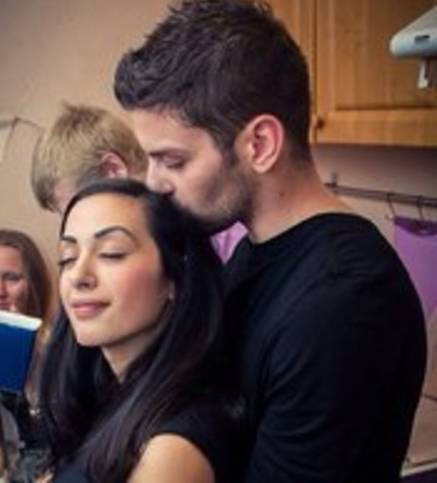 Bring a family together

1711 people have signed this petition. Add your name now!

Together we are David & Gayane Wiggins-Avetyan, happy & complete, a young married couple just aiming for a chance of life. Please help us end our suffering and the nightmare that has been the past 6 months

For the past 6 months our newly wed family has spent what should have been the happiest 6 months of our lives apart due to UK Visa regulations. We have twice applied for a UK visa for Gayane once so she could come to visit David for our 1st wedding anniversary, only to be refused. We started in Nizhny Novgorod and have been together since 2013 before being married in July 2014.

I moved from the UK to Russia in 2013 to be with Gayane, taking up work at UNN in Nizhny Novgorod before huge economic decline causing myself to take the decision to move my family back to the UK in order to protect them for the increasing poverty caused by the situation. After 8 months in the UK,and working 2 jobs 7 days a week to meet the settlement requirements for Gayane the total cost of £3500 (35% of my income) we have got no further in our progress as a family. The sheer thought that everything we have worked for in the past 8 months is heartbreaking and the prospect of going though the whole process again is soul searching, considering meeting all of the mentioned requirments and providing all of the requested docuemnts.

The only outcome for the sweat, blood and tears appears ominous, when all we want is a normal family life, to live like citizens, to be free and out of the spiral of depression and feeling of imprisonment. I feel like a criminal, whose only crime is wanting a career 7 a family, a refugee in my own country when others have been so warm to me abroard.

Sign our petition to unite us and to show a hand in strength against the Home Office to end the barbaric treatment of British Expats, treated like criminals, with less rights of access to bring their spouses back to the UK than a citizen of the European Union (For us that just doesn’t make sense) we are after all British Citizens, sworn a legal oath of commitment in front of government and religious officials, put into a position where our lives are miserable as sin. The only thing we are asking is to be able to live by the vows that we promised each other