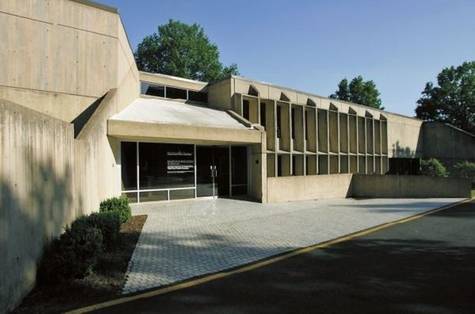 Save the only Marcel Breuer building in Virginia from demolition

Our hearts are broken, but we gave it our all with class, grace and

The Fairfax County Board of Supervisors approved the Sekas Homes application for rezoning. The Marcel Breuer-designed American Press Institute building in Reston, Virginia, will be demolished and replaced with townhouses and condos.

It's not the ending we had envisioned for Mr. Breuer's remarkable building or this uplifting journey we've shared together since June.

Much love and many thanks to everyone who was part of Team Breuer-API, including the 1,600 supporters from around the globe who signed our online petition. Thank you for raising your voices!

To everyone who signed the petition, sent an email, made a call, attended a meeting, wrote a letter, spread the word, testified, invited an expert into our circle, or took on assignments large or small -- thank you. Without your help, we never would have gotten this far.

It was your endless encouragement and passion for the magnificent building that kept us on track and always moving forward. For that, we will be forever grateful to all of you. Thank you.

To learn more about this effort, please visit http://savetheapibuilding.com.

The American Press Institute (API) building has won Round 1 in the fight to save it from demolition!

After a split vote (5-5) on June 16, the Fairfax County Planning Commission is sending the developer's application for rezoning to the Board of Supervisors with a "negative recommendation."

The county’s Comprehensive Plan (2013) failed to identify the significance of Reston’s API building. Several commissioners said the county made a grave error:

“This was a major screw up,” said At-Large Member James Hart. “I hope this is a wake-up call to us that we need to make sure something like this does not happen again.”

Your more than 1,300 petition signatures — along with a deluge of emails, letters and documents — made it clear that the API building is a treasure designed by a world-class architect and a crucial chapter in Reston’s history.

The API building — the only Marcel Breuer building in Virginia — is a story told by people across Virginia … from Maine to Alaska … and throughout the world. We have one voice: The API building must be preserved, treasured and celebrated.

As a commissioner said during the lengthy discussion, “The world is now aware that this building exists."

“Phase 2” of this campaign — the time leading up to the Board of Supervisors meetings (Dates: TBD) — will require us to collect many more petition signatures while fortifying the case — legal and otherwise — that the API building should not be demolished. We’ll keep you posted on all developments.

How you can help

Please send your email to:

The American Press Institute (API) building in Reston, VA, is under the threat of demolition.

It is the only building in Virginia by the internationally acclaimed architect Marcel Breuer, “a master of Modernism” who also designed the Whitney Museum of American Art (now the Met Breuer), the UNESCO Headquarters in Paris, and the HUD building in Washington, D.C.

For nearly 38 years, tens of thousands of news media executives — representing a “Who’s Who in Journalism” — attended leadership seminars in the nonprofit’s Breuer-designed headquarters in Reston.

That’s why we’re asking you to sign this petition to save the API building.

On June 16, the Fairfax Planning Commission will make a final decision on a local developer’s application for rezoning the property from business to residential and a demolition permit.

Please sign this petition by Monday, June 13, so that we can submit all of the signatures to the Planning Commission in advance of the June 16 meeting.

If the Fairfax County Planning Commission and, soon after, the Board of Supervisors approve this plan, the building will be razed so that single- and multi-family housing can be built on the site.

A growing coalition — local and nationwide —questions this plan given what's at stake, including:

During a May 24 special meeting, the Fairfax County ARB passed a motion and sent it with a letter to county officials “urgently” pleading that:

“The Planning Commission, the Board of Supervisors, and County agencies consider further historical and architectural evaluation and specific heritage resource significance of the American Press Institute building, and consider appropriate land usage that could lead to the preservation and/or adaptive reuse of the building … so that informed decisions can be made based on professional analysis.”

This was not the first time the ARB contacted county officials about the API building. In a letter (Oct. 5, 2015), the ARB said that it "believes that the property has a reasonable potential for meeting the criteria for listing on the Fairfax County Inventory of Historic Sites and the National Register of Historic Places.”

Furthermore, the ARB recommended that the Board and Commission "take action to suspend the demolition permit … and to consider the specific heritage resource significance of the API site in particular in regard to the pending rezoning application.”

In a letter (Nov. 6, 2015) to county officials, the Fairfax History Commission “unanimously” concurred with the ARB’s letter.

On May 17, David Edwards, Architectural Historian for the Commonwealth of Virginia Department of Historic Resources, wrote:

"It is our opinion that the API building reaches the level of exceptional importance … and strongly encourages its preservation.

“If the API building were to be demolished, the community and the state would lose the work of a master architect. Additionally, and maybe more importantly, Reston would lose a building that is part of its community’s distinctive architectural history.”

Despite these grave concerns, the Fairfax County Planning and Zoning staff has recommended to the Fairfax Planning Commission its approval of the rezoning application.

JOIN US in stopping the demolition of the American Press Institute building by signing this petition.

THANK YOU for supporting this campaign. Please keep spreading the word!