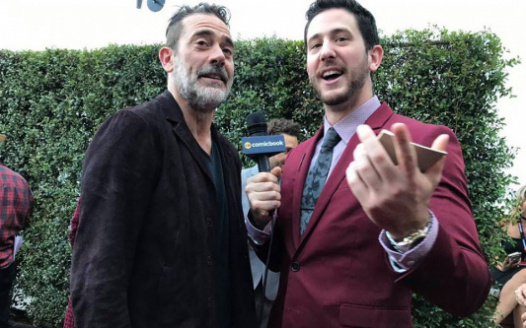 We are fans of Brandon Davis, of ComicBook.com and we recognize the hard working, devoted fan he is who has extensively covered The Walking Dead universe for fans since the day he graduated college in 2014. Brandon has written hundreds of articles, interviewed cast and crew for years and participated in the Walker Stalker Cons annually. Brandon has always added a friendly and familar touch to his coverage of all things in the Walking Dead Universe. Brandon can and will bring his knowledge and enthusiasm to SDCC, let's make it happen!

Brandon currently hosts The Walking Dead after show, "After the Dead" take a look!

"After the Dead" The Walking Dead Episode 8x04