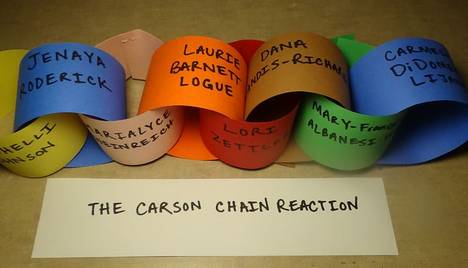 I started "The Carson Chain Reaction" group on Facebook three months ago because I wanted to connect people to Dr. Carson's message in a simple yet powerful way. I have been so moved by the progress that my group has made as well as other Carsonator groups throughout social media that I am interested in doing something to symbolize what our movement really means to our future.

No matter the outcome of the 2016 Presidential election, Dr. Ben Carson's legacy as an exceptional dreamer, an exceptional doctor and an exceptional disciple deserves to be celebrated for years to come. This Brains4Ben petition asks 2,016 Ben Carson Supporters if they would want to put their minds together and discuss the establishment of a commemorative statue, milestone, or marker in honor of Dr. Carson's lasting impact on We the People of America.